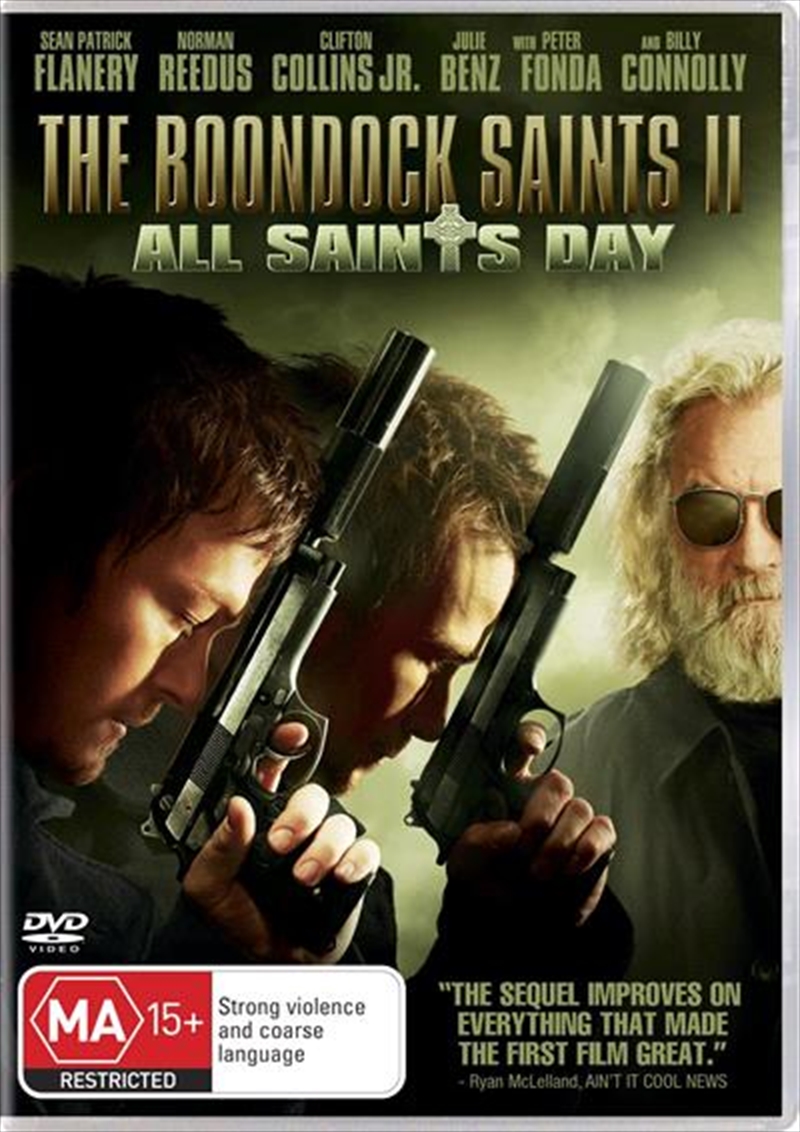 Shipping - See delivery options.
Postcode:
Quantity:
SEE MORE IN:
3 for $20 Movies & More Bob Marley
DESCRIPTION
From Troy Duffy, writer and director of The Boondock Saints, comes the much anticipated sequel to the tough, stylized cutting edge saga of the MacManus brothers (Norman Reedus, Sean Patrick Flanery). The two have been in deep hiding with their father, Il Duce (Billy Connolly), in the quiet valleys of Ireland, far removed from their former vigilante lives. When word comes that a beloved priest has been killed by sinister forces from deep within the mob, the brothers return to Boston to mount a violent and bloody crusade to bring justice to those responsible. With a new partner in crime (Clifton Collins Jr., Star Trek) and a sexy FBI operative (Julie Benz, TV's Dexter) hot on their trailthe Saints are back!
TRAILER
DETAILS