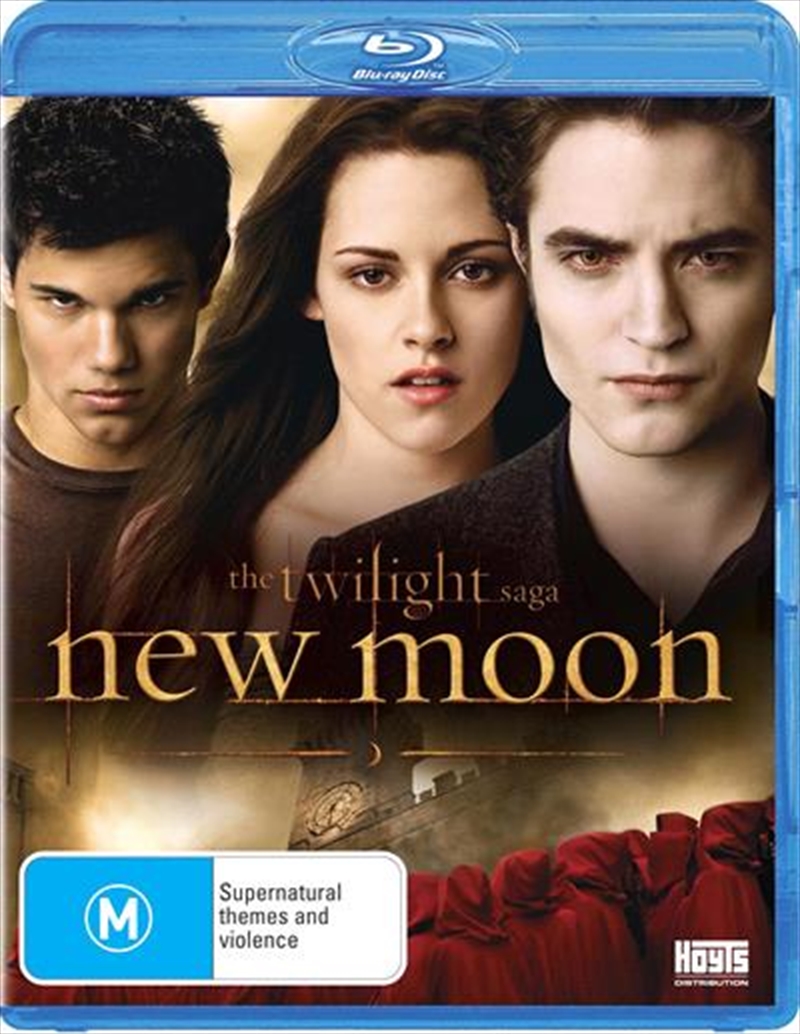 Shipping - See delivery options.
Postcode:
Quantity:
SEE MORE IN:
Twilight Saga 2 for $20 Movies & More 2 For $20 Drama
Bella Swan is still very much in love with vampire, Edward Cullen. The rest of the vampire coven who call themselves the Cullens, especially Alice, decide to throw Bella a private party for her eighteenth birthday. Things go wrong when Bella slices her finger and thirst overcomes the vampires. As a result of the danger Bella was put through, the Cullen family decide to leave Forks, Washington. At first Bella exempts herself from all social activities, until she realizes she can coexist with childhood friend, Jacob Black. As usual for Bella, things aren't what they seem. Something is happening to Jacob that he can't explain to Bella, and their friendship starts to deteriorate. But when someone from Bella's past comes back to haunt her, everything will change again.

Frame by Frame: Storyboards to screen

Fandimonium: A look at the die-hard fans

Death Cab for Cutie - "Meet Me on the Equinox" Music Video

Muse - "I Belong to You" Music Video

Behind the Scenes rehearsal footage