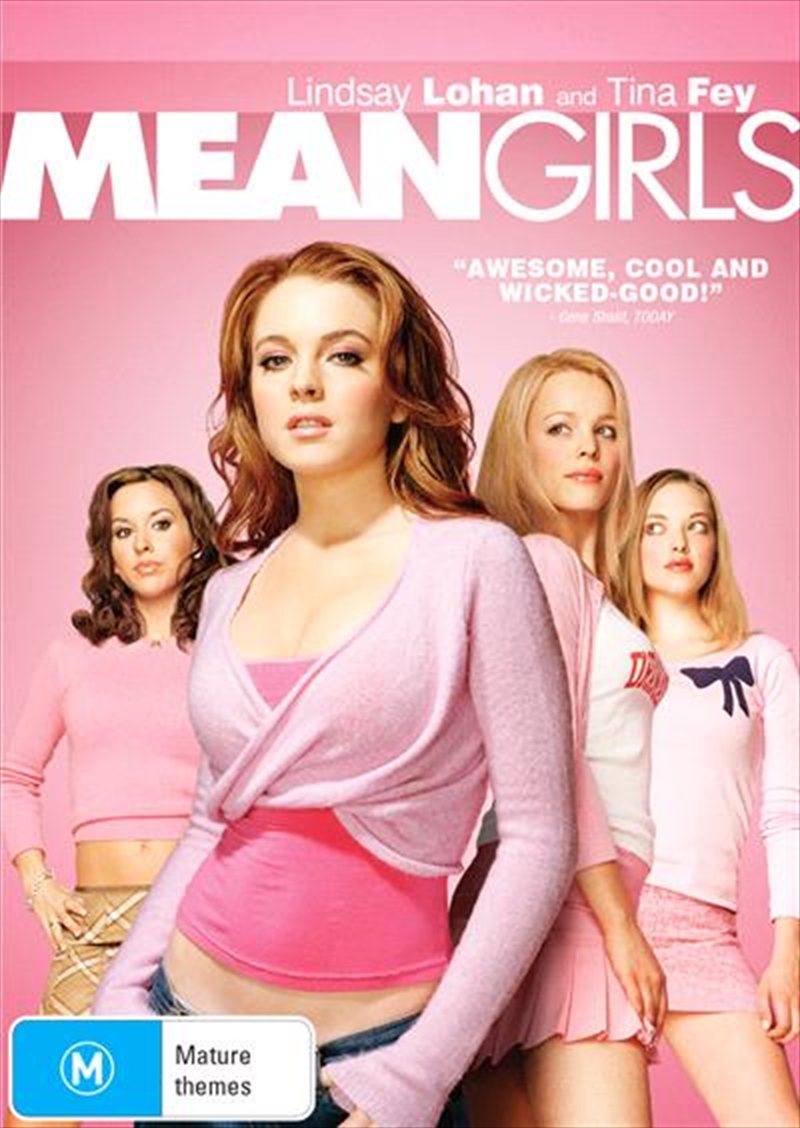 This Platinum Edition is essential to complete your collection! Raised in the African bush country by her zoologist parents, Cady thinks she knows all about the "survival of the fittest." But the law of the jungle takes on a whole new meaning when the home-schooled 15-year-old enters public high school for the first time. Trying to find her place among jocks, mathletes and other subcultures, Cady crosses the meanest species of all - the Queen Bee, aka the cool and calculating Regina, leader of the school's most fashionable clique, The Plastics. When Cady falls for Regina's ex-boyfriend, though, the Queen Bee is stung - and she schemes to ruin Cady's social future. Cady's own claws soon come out as she leaps into a hilarious "Girl World" war that has the whole school running for cover.
TRAILER
DETAILS