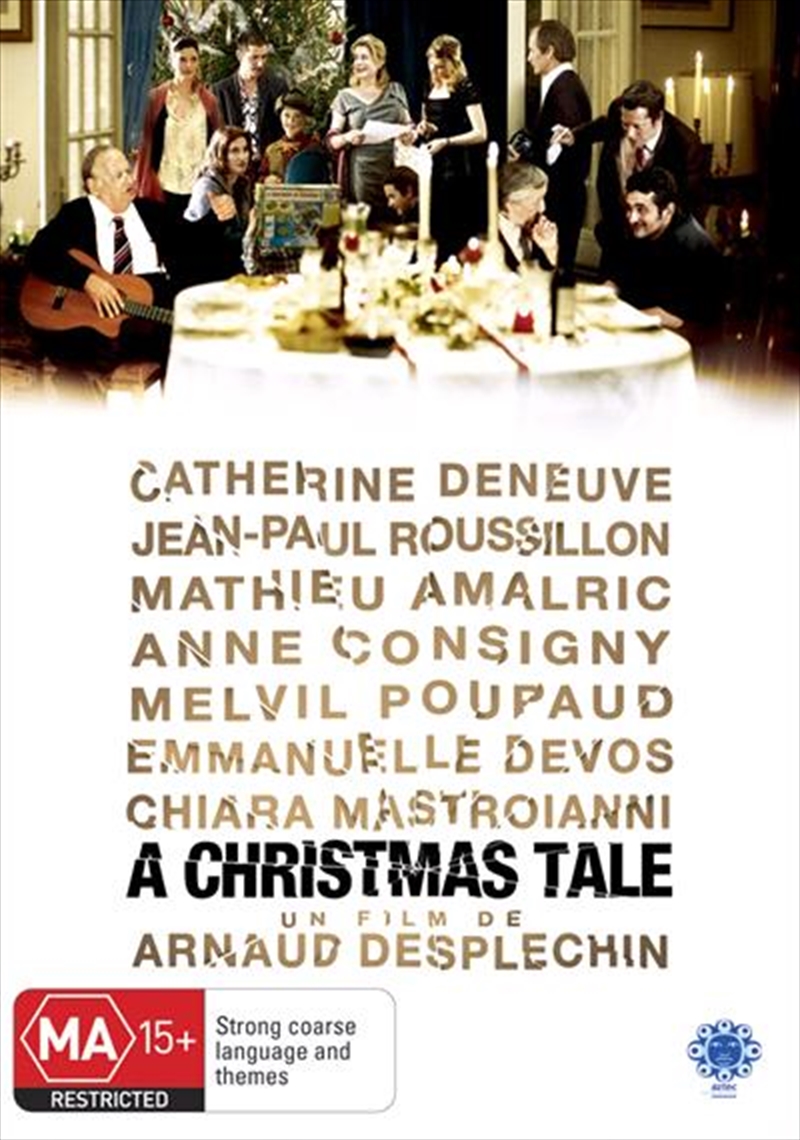 Shipping - See delivery options.
Postcode:
Quantity:
SEE MORE IN:
Christmas Movies
For some, Christmas means the joy of spending time with loved ones. But not for the Vuillard family in Arnaud Desplechin's blackly comic A CHRISTMAS TALE. Instead of egg nog, bile and venom flow at the family get-together when estranged son Henri (Mathieu Amalric, QUANTUM OF SOLACE) returns. His mother, Junon (French legend Catherine Deneuve), has cancer, and Henri may be the bone marrow donor match that could save her life. Oldest daughter Elizabeth (Anne Consigny, THE DIVING BELL AND THE BUTTERFLY) is equally unhappy to see her brother; he has been an emotional and financial drain on the family, and she had him legally banished from the family six years ago. But with his return, old wounds are freshly opened as the entire family gathers together for what could be their last holiday. Director Desplechin's previous film KING AND QUEENS established his ability to seamlessly meld drama and comedy, and A CHRISTMAS TALE continues that tradition. This French film easily moves the audience between laughter, gasps, and tears. The behavior of the Vuillard famille is atrocious at times, and it goes beyond just the awful--and sometimes awfully funny--things they say to one another. But Desplechin has no trouble acheiving the right tone in these moments, and his postmodern style of filmmaking (with elements such as the actors addressing the camera) is perfectly suited to the material. His ensemble cast includes Jean-Paul Roussillon, Denueve's real-life daughter Chiara Mastroianni, and Melvil Poupaud, and though each does a fantastic job, it's the bitter and hilarious interplay between Amalric's Henri and Deneuve's Junon that carries the film. It's not destined to be a feel-good holiday classic IT'S A WONDERFUL LIFE, but A CHRISTMAS TALE may prove a perfect prescription for when viewers' families get to be a little too much.