10 Things I Hate About You 10th Anniversary Special Edition 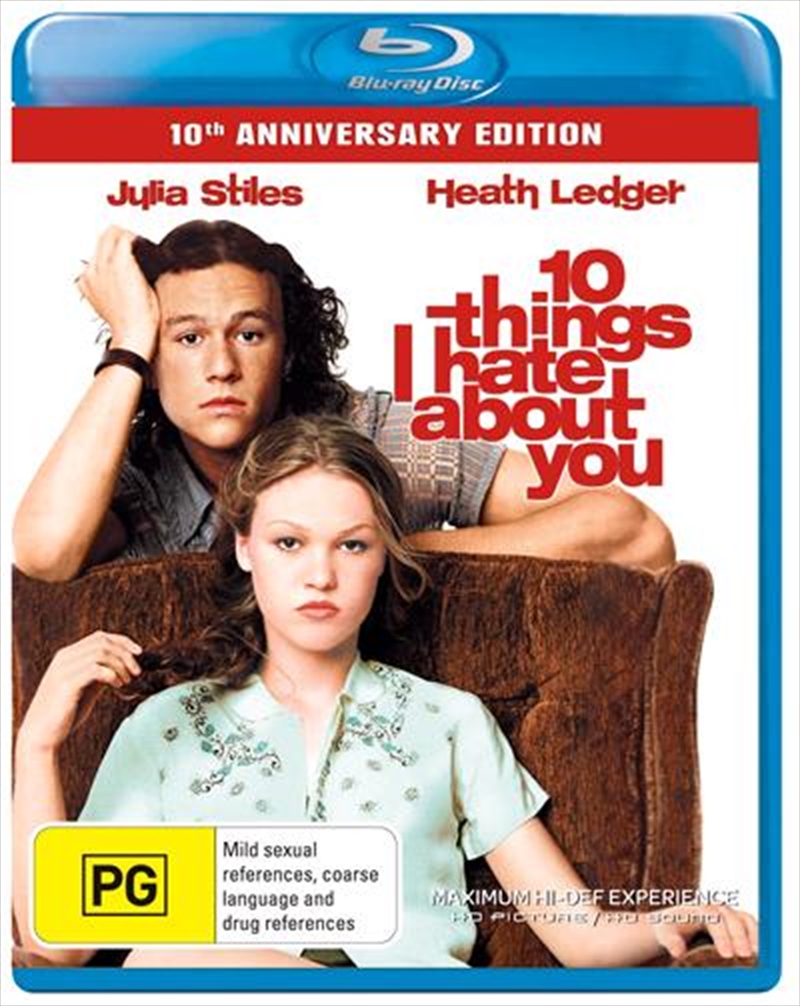 10 Things I Hate About You 10th Anniversary Special Edition

A cool cast of young stars is just one of the things you'll love about this hilarious comedy hit! On the first day at his new school, Cameron (Joseph Gordon-Levitt - Halloween: H20, TV's 3rd Rock From The Sun) instantly falls for Bianca, the gorgeous girl of his dreams! The only problem is that Bianca is forbidden to date...until her ill-tempered, completely un-dateable older sister Kat goes out, too! In an attempt to solve his problem, Cameron singles out the only guy who could possibly be a match for Kat: a mysterious bad-boy (Heath Ledger - Two Hands) with a nasty reputation of his own! Also featuring a hip soundtrack - this witty comedy is a wildly entertaining look at exactly how far some guys will go to get a date!
TRAILER
DETAILS

Title: 10 Things I Hate About You 10th Anniversary Special Edition