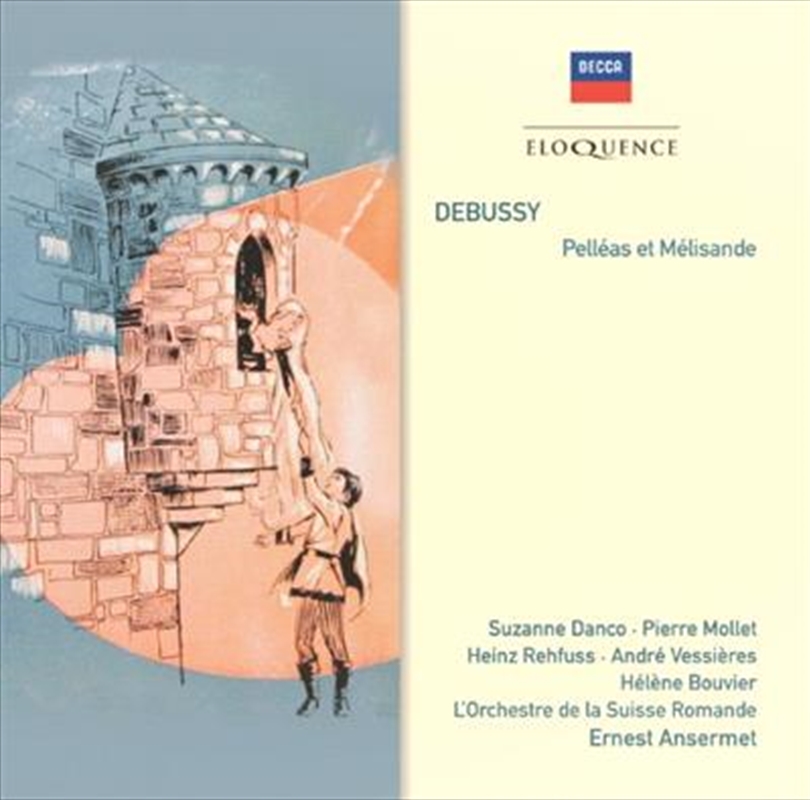 Shipping - See delivery options.
Postcode:
Quantity:
SEE MORE IN:
2 for $40 Music All 2 for $40
This was the first of two recordings by Ernest Ansermet of Pelleas et Melisande, a work he conducted several times on stage. This recording was made in April 1952 to mark the fiftieth anniversary of the premiere. In his liner notes, Juan Pons observes: 'In this recording we can hear Ansermet's best qualities: subtlety, clarity, a well-blended orchestral sound, constant support, and a respect for the real rhythm of the music. We can hear a warmth which is never ill-considered and the desire for utterly natural instrumental colour.' Pelleas was a cornerstone in the careers of most of the soloists on this recording. Many performed it with Ansermet who himself conducted the work nine times with his Suisse Romande Orchestra. The booklet includes a track-by-track synopsis, an overview of the recording by Juan Pons, as well as a probing essay on the opera by Ansermet himself which was printed with the first LP issue of this recording.