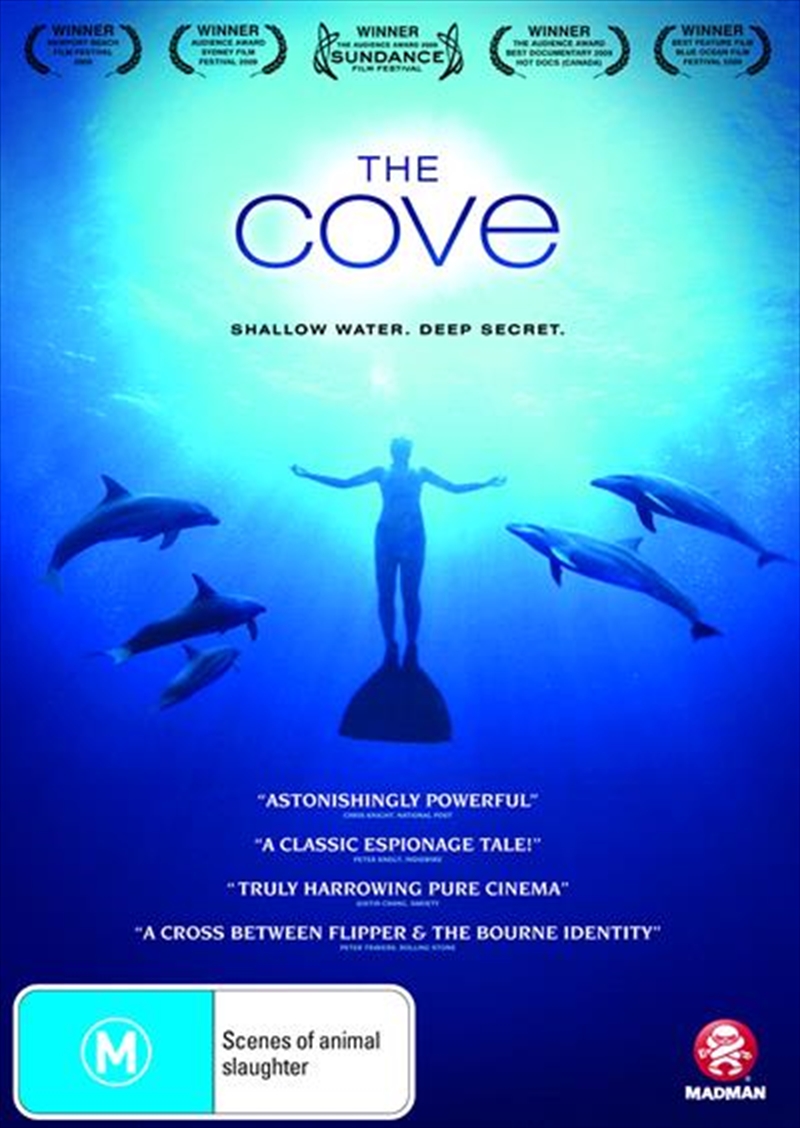 The Cove begins in Taiji, Japan, where former dolphin trainer Ric O'Barry has come to set things right after a long search for redemption. In the 1960s, it was O'Barry who captured and trained the 5 dolphins who played the title character in the international television sensation Flipper.
But his close relationship with those dolphins - the very dolphins who sparked a global fascination with trained sea mammals that continues to this day -- led O'Barry to a radical change of heart. One fateful day, a heartbroken Barry came to realize that these deeply sensitive, highly intelligent and self-aware creatures so beautifully adapted to life in the open ocean must never be subjected to human captivity again. This mission has brought him to Taiji, a town that appears to be devoted to the wonders and mysteries of the sleek, playful dolphins and whales that swim off their coast.
But in a remote, glistening cove, surrounded by barbed wire and "Keep Out" signs, lies a dark reality. It is here, under cover of night, that the fishermen of Taiji, driven by a multi-billion dollar dolphin entertainment industry and an underhanded market for mercury-tainted dolphin meat, engage in an unseen hunt. The nature of what they do is so chilling -- and the consequences are so dangerous to human health -- they will go to great lengths to halt anyone from seeing it.
Undeterred, O'Barry joins forces with filmmaker Louis Psihoyos and the Oceanic Preservation Society to get to the truth of what's really going on in the cove and why it matters to everyone in the world. With the local Chief of Police hot on their trail and strong-arm fishermen keeping tabs on them, they will recruit an "Ocean's Eleven"-style team of underwater sound and camera experts, special effects artists, marine explorers, adrenaline junkies and world-class free divers who will carry out an undercover operation to photograph the off-limits cove, while playing a cloak-and-dagger game with those who would have them jailed. The result is a provocative mix of investigative journalism, eco-adventure and arresting imagery that adds up to an urgent plea for hope.
TRAILER
DETAILS