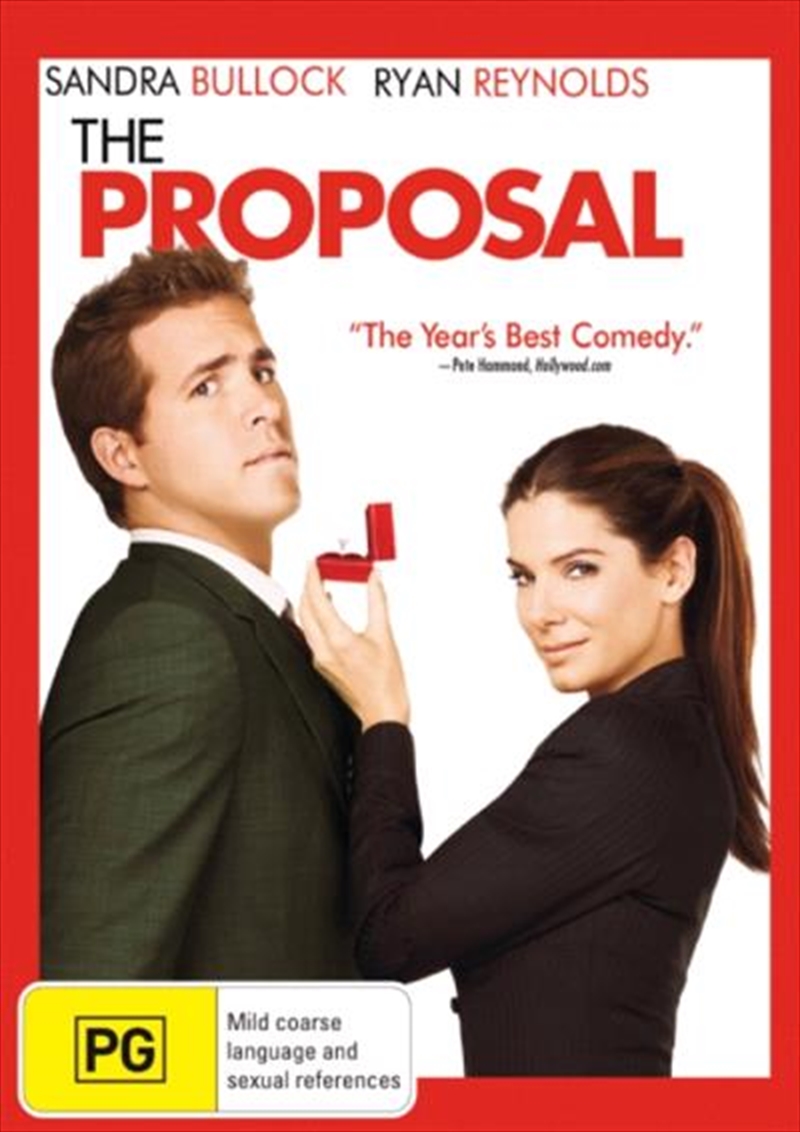 Shipping - See delivery options.
Postcode:
Quantity:
SEE MORE IN:
3 for $30 Movies & More Feel Good Movies Best Romcoms Valentine's Day 2022 Gift Ideas
DESCRIPTION
Margaret Tate (Sandra Bullock) is the executive editor-in-chief of a book publishing company, Colden Books, who forces her assistant Andrew Paxton (Ryan Reynolds) to marry her in order to avoid being deported to Canada. He grudgingly accepts, under the condition that he is promoted to the position of editor. When the government investigates, the two are forced to spend the weekend with his parents in Alaska in order to sell the lie. The family suggest they could marry the same weekend, and they reluctantly accept. They start to fall genuinely in love as they spend more and more time together. Because of this, during the wedding ceremony, Margaret decides she cannot do this to Andrew and confesses the business arrangement in front of everyone--including the immigration officer handling their case. She is then told that she has 24 hours to get back to Canada, and thus goes back to New York to pack her things. Upon doing so, however, Andrew shows up at the office and confesses his love for her in front of the entire office staff, proposing marriage all over again.
TRAILER
DETAILS