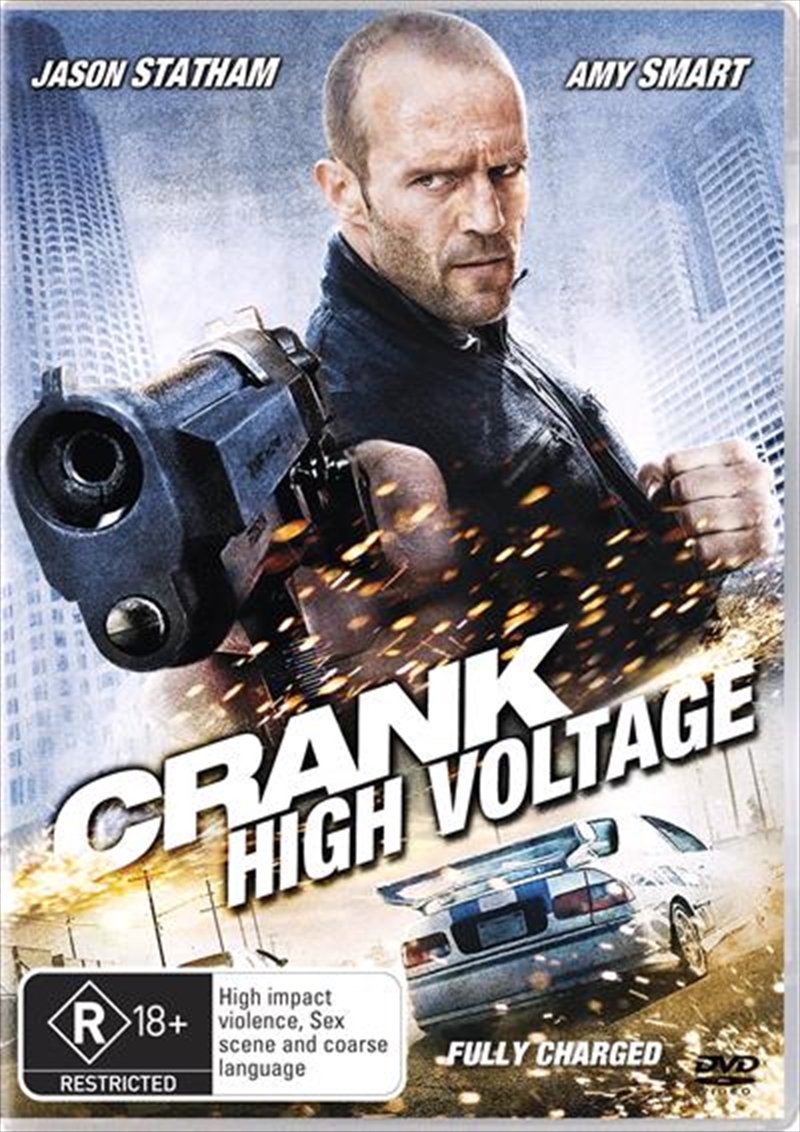 In the 2006 action hit CRANK, hitman Chev Chelios (Jason Statham) spent twenty-four hours in over-drive: fighting, killing, and keeping his adrenaline flowing at full-force to combat a deadly poison injected into his body. Now, in the high-octane sequel CRANK HIGH VOLTAGE, Chev has managed to survive--and is about to face a brand new day.
Picking up immediately where the first movie left off, CRANK HIGH VOLTAGE finds Chev surviving the climactic plunge to his most certain death on the streets of Los Angeles, only to be kidnapped by a mysterious Chinese mobster. Three months later, Chev wakes up to discover his nearly indestructible heart has been surgically removed and replaced with a battery-operated ticker that requires regular jolts of electricity in order to work.
After a dangerous escape from his captors, Chev is on the run again, this time from the charismatic Mexican gang boss El Huron (Clifton Collins, Jr.), and the Chinese Triads, headed by the dangerous 100 year-old elder Poon Dong (David Carradine). Once again turning to Doc Miles (Dwight Yoakum) for medical advice, receiving help from his friend Kaylo's twin brother Venus (Efren Ramirez), and re-connecting with his girlfriend Eve (Amy Smart), who is no longer in the dark about what he does for a living, Chev is determined to get his real heart back and wreak vengeance on whoever stole it, embarking on an electrifying chase through Los Angeles where anything goes to stay alive.
Lakeshore Entertainment and Lionsgate present CRANK HIGH VOLTAGE, produced by Tom Rosenberg, Gary Lucchesi, Skip Williamson and Richard Wright. The film was written and directed by Mark Neveldine and Brian Taylor, the duo behind the 2006 original.
TRAILER
DETAILS