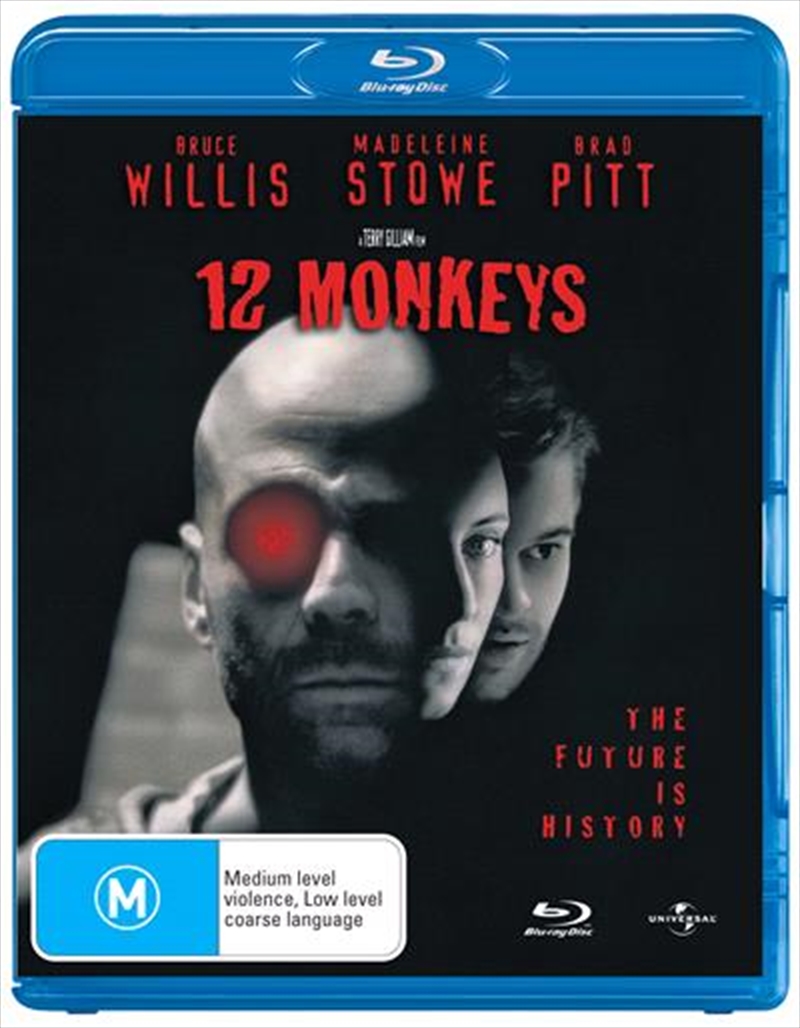 Shipping - See delivery options.
Postcode:
Quantity:
SEE MORE IN:
3 for $30 Movies & More Bruce Willis
DESCRIPTION
A lone time traveler from the year 2035 must solve a riddle that may save his people... but it may also take him to the brink of madness. Bruce Willis, Madeleine Stowe and Brad Pitt star in this brilliant sci-fi masterpiece from Terry Gilliam, the acclaimed director of The Fisher King. After the world's population is devastated by a killer virus, survivors must live in dank underground communities. Cole (Willis) "volunteers" to travel into the past to obtain a pure virus sample, thereby helping scientists develop a cure. Along the way, he crosses paths with a beautiful psychiatrist (Stowe) and a one-card-short-of-a-full-deck mental patient (Pitt). But the race is on, as Cole searches for The Army of the 12 Monkeys, a radical group linked to the deadly disease. With unforgettable performances and imaginative special effects, 12 Monkeys is a modern-day classic laced with Gilliam's trademark wit and dazzling visual style.
TRAILER
DETAILS