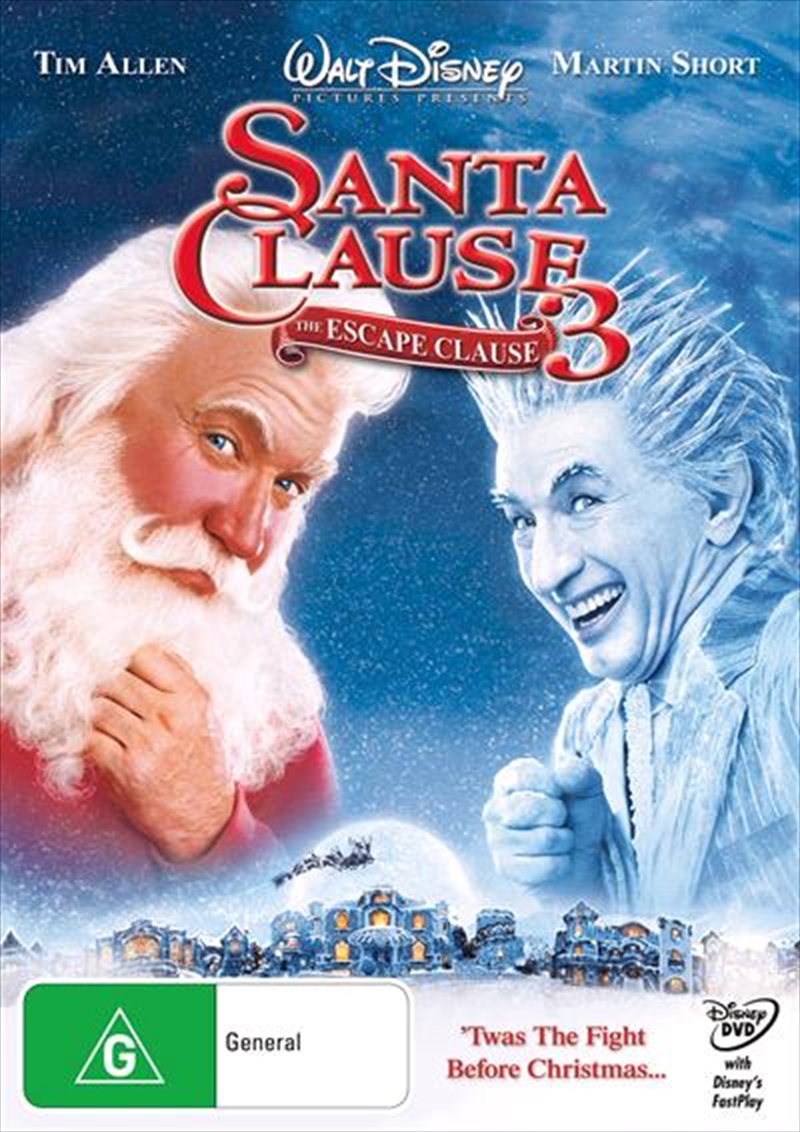 Shipping - See delivery options.
Postcode:
Quantity:
SEE MORE IN:
3 for $30 Movies & More Christmas Movies
DESCRIPTION
His time at the North Pole is about to go South.

Tim Allen is back in the big red suit for more adventure and laughs in Disney's hilarious family comedy. Get ready for a thrilling sleigh ride as the reluctant Santa Claus faces his most chilling and hysterical challenge yet. As Christmas nears, Scott Calvin invites his in-laws (Ann-Margret and Alan Arkin) to join the festivities. The holidays take a chaotic turn when Scott discovers a way out of his "Santa Clause" and the mischievous Jack Frost (Martin Short) puts the big freeze on Christmas' big cheese! Unless Scott can save the day, it's going to be a very chilly Frostmas at the North Pole and all around the world. Will Scott be able to get his job back in the St. Nick of time? Celebrate the holidays with The Santa Clause 3: The Escape Clause, complete with exclusive special features, including a musical Christmas Carol-oke feature. It's a gift the whole family will treasure.
TRAILER
DETAILS