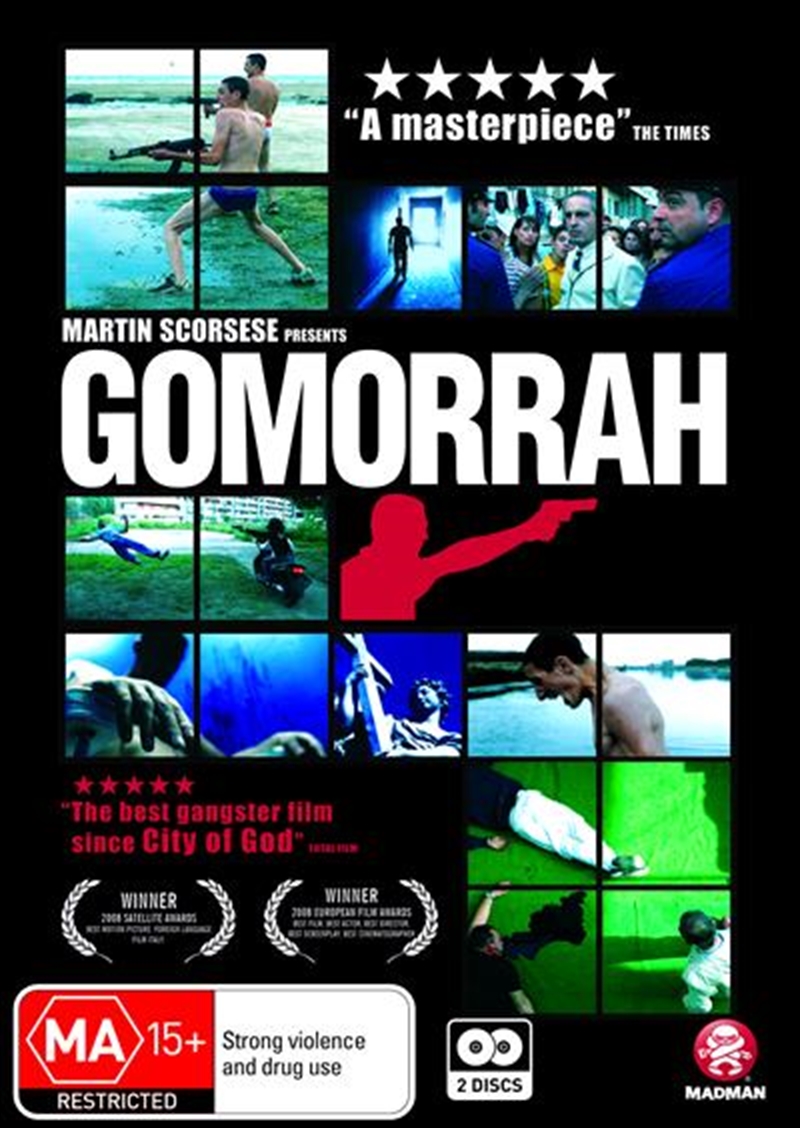 Power, money and blood: these are the 'values' that the residents of the province of Naples and Caserta confront every day. They have practically no choice, and are forced to obey the rules of the 'System', the Camorra. Only a lucky few can even think of a leading a 'normal' life.
Five stories are woven together in this violent scenario, set in a cruel and ostensibly invented world, but one that is deeply rooted in reality.
Don Ciro is "il sottomarino". He pays the families of the prisoners that are affiliated with his clan, a clan that has the undisputed command of the territory. He is sharp, discreet and carries out his job without getting involved. But at a certain point the clan begins to crumble. Unsure who to take orders from, he has to worry about his own survival.
Totò is 13 years old and can't wait to "grow up". So he begins his training in the school of life, one step at a time, until one day he has to make a decision, an irreversible choice.
Marco and Ciro think they are living in a Brian de Palma film, but in the eyes of the 'system' they are only two stray dogs whose acts of bravado are disturbing the orderly routine of business.
Roberto is a university graduate and wants to work. Franco offers him a great opportunity, steady employment with good earning prospects: a job in the field of toxic waste management. But the reality of his task is too disconcerting to Roberto's conscience.
Pasquale is a talented tailor who works under the table for a small enterprise subcontracted by the haute couture clothes industry. Chinese competitors give him the opportunity to teach the secrets of his trade to their workers. He is seduced and gratified by the opportunity and accepts, putting his life in danger.
TRAILER
DETAILS