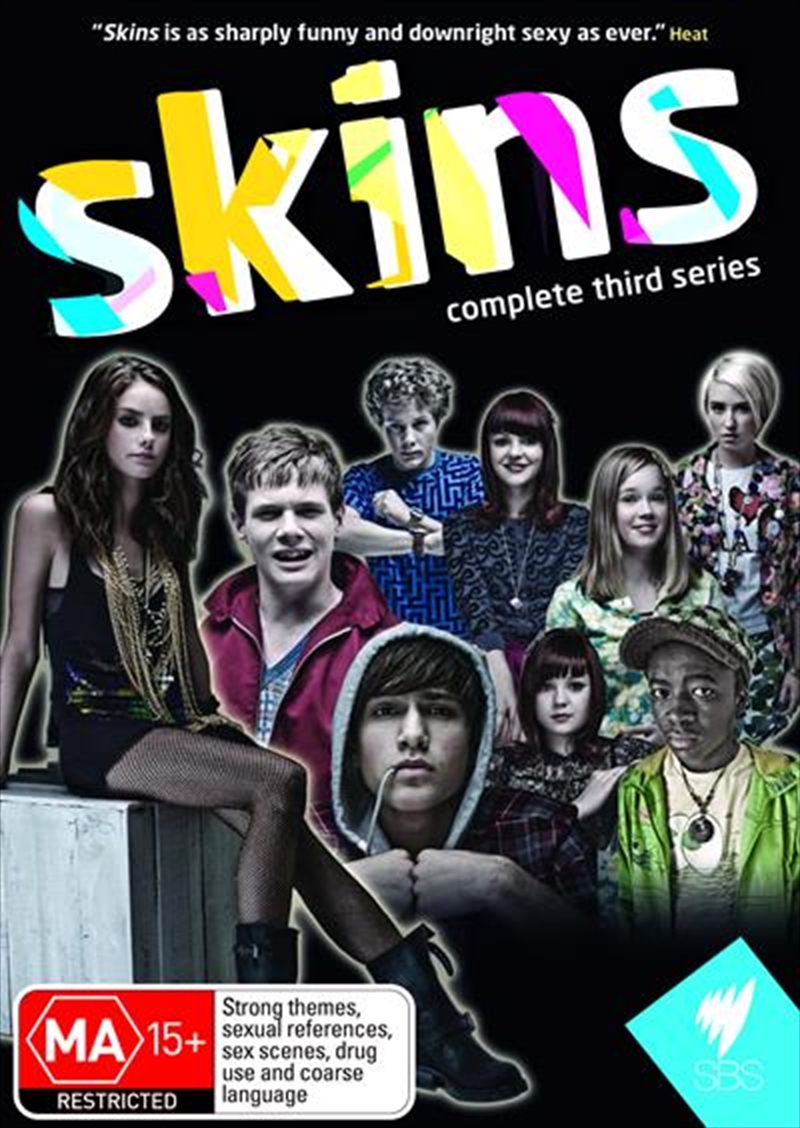 E4's home-grown drama series returns in early 2009 to challenge and entertain with the verve, audacity and daring optimism of series one and two. With just two returning characters, Skins series three, introduces a host of new and exciting unknown talent.

"We're very excited about series three of Skins and feel that our new cast are shining in roles, stories and characters which have been created by young people to a greater extent than ever before."
Bryan Elsley, Executive Producer

The Class of 2009 is headed up by the beautiful and mysterious EFFY (Kaya Scodelario), returning as the new queen bee. Effy is as enigmatic and elusive as ever. She's joined by best friend, PANDORA (Lisa Backwell), sweet and kooky, she keeps the gang together.

Twins KATIE (Megan Prescott) and EMILY (Kathryn Prescott) are pulling in different directions. One wanting to shed her twin, and gain status, the other hanging on, crippled by shyness. NAOMI (Lily Loveless) a beautiful idealist - passionate, political and principled, completes the girls.

The guys are led by the irrepressible and irresponsible COOK (Jack O'Connell - This is England, Eden Lake), a daring and charismatic leader of the gang. His best mates sometimes despair, sometimes struggle to keep up, but are always there. FREDDIE (Luke Pasqualino) skateboards, smokes weed, loves his mates and is very cool. JJ aka Jonah Jeremiah Jones (Ollie Barbieri), is a master illusionist and also their strategist, together they get in, and just about out, of scrapes, as they scheme to succeed. Finally, THOMAS (Merveille Lukeba), good and honest, he travels from the Congo to set up home for his family, and has to find his feet in a new and strange country. Together the gang bond as they fall in and out of love, and lust, fight one another, compete against each another, and also unite as one.