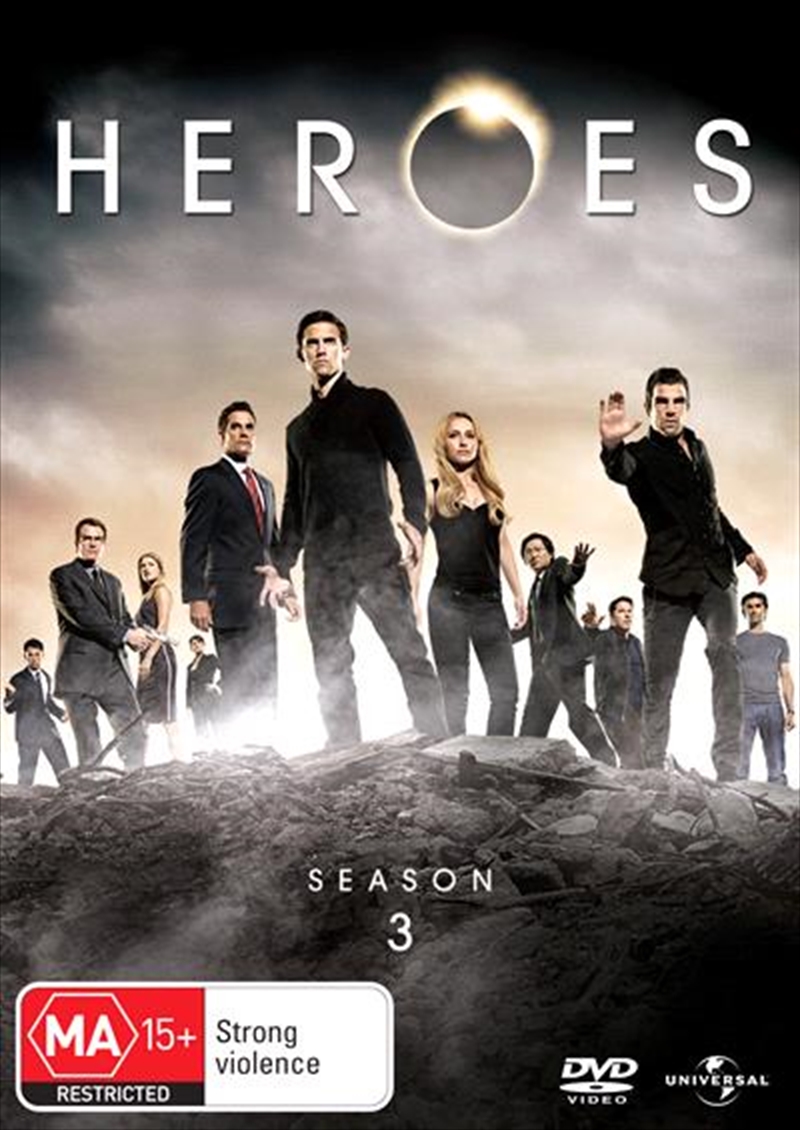 Shipping - See delivery options.
Postcode:
Quantity:
SEE MORE IN:
3 for $40 TV Heroes
DESCRIPTION
Save the Cheerleader. Save the World.

The premise of this season is back-to-basics-focusing on the core group of characters and their stories. There will be some changes in cast but minimal additions and minimal characters leaving. Slated to debut in the season 3 premiere, Bruce Boxleitner (Babylon 5 Star) is cast as Senator Robert Malden, a politician. In addition, Kristen Bell may return for a story arc, but she will not be a regular cast member.
TRAILER
DETAILS