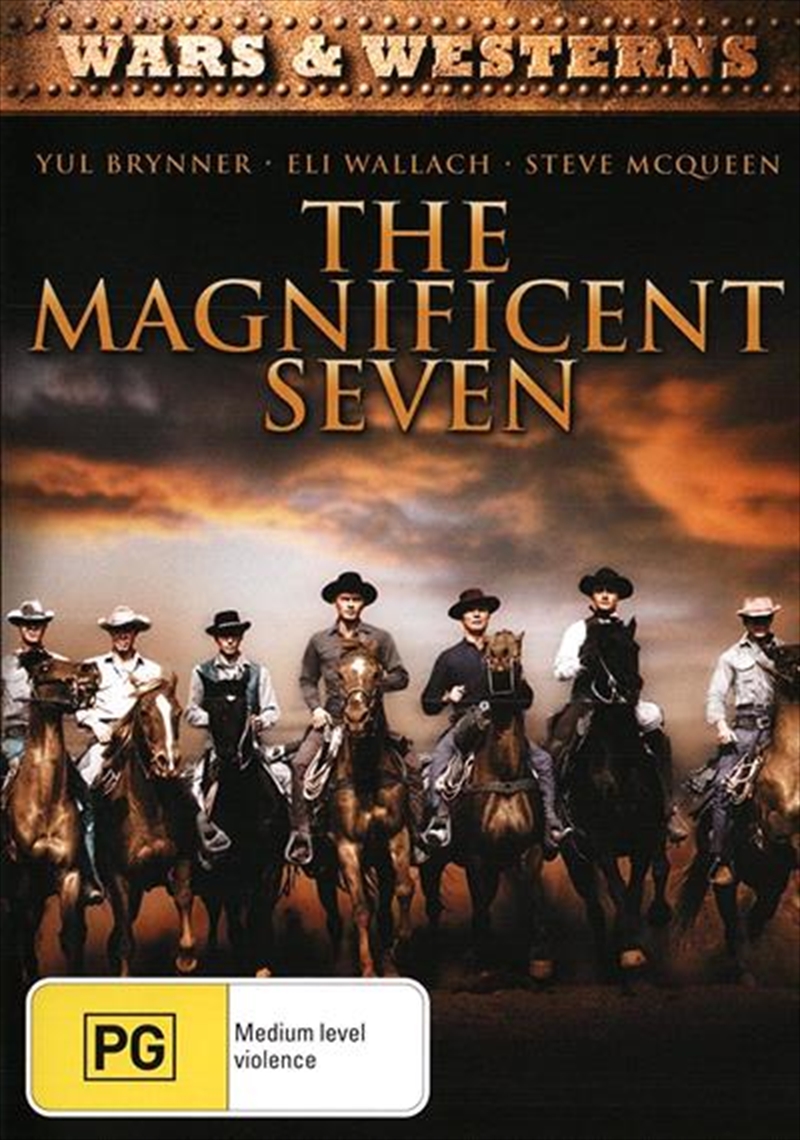 Shipping - See delivery options.
Postcode:
Quantity:
SEE MORE IN:
3 for $30 Movies & More
DESCRIPTION
They were seven - And they fought like seven hundred!

When a small Mexican village is terrorised by the evil bandit Calvera (Eli Wallach) and his gang of bloodthirsty men, only The Magnificent Seven have the courage, the daring and the firepower to come to the rescue! The town's farmers have no guns, no money and not a violent bone in their bodies. So they head for the border and find Chris (Yul Brynner) and Vin (Steve McQueen), two out-of-work, hired guns who round up five more rugged outlaws, including James Coburn, Charles Bronson and Robert Vaughn. Now, the Seven are ready for action, and they're not in it for the money - they're in it for the adventure. At first, victory seems assured. But Calvera won't give up, and decides to come back for some serious bloodshed. The Magnificent Seven must ride to the rescue and free the town in a spectacular fight to the death that makes this film a true action-adventure classic!
TRAILER
DETAILS