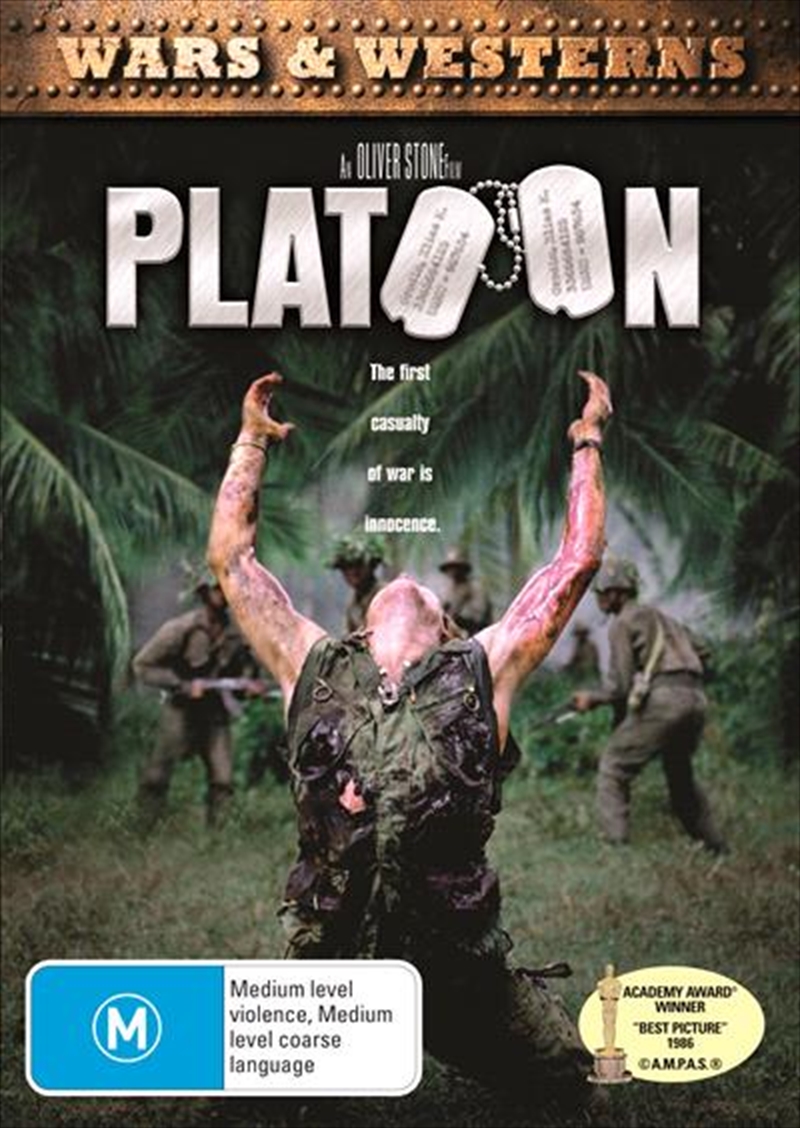 Winner of 4 Academy Awards including Best Picture, and based on the first-hand experience of Oscar winning director Oliver Stone, Platoon is powerful, intense and starkly brutal. Harrowingly realistic and completely convincing (Leonard Maltin), it is a dark, unforgettable memorial (The Washington Post) to every soldier whose innocence was lost in the war-torn jungles of Vietnam. Chris Taylor (Charlie Sheen) is a young, naive American who, upon his arrival in Vietnam, quickly discovers that he must do battle not only with the Viet Cong, but also with the gnawing fear, physical exhaustion and intense anger growing within him. While his two commanding officers (Oscar-nominated Tom Berenger and Willem Dafoe) draw a fine line between the war they wage against the enemy and the one they fight with each other, the conflict, chaos and hatred permeate Taylor, suffocating his realities and numbing his feelings to man's highest value life.
DETAILS