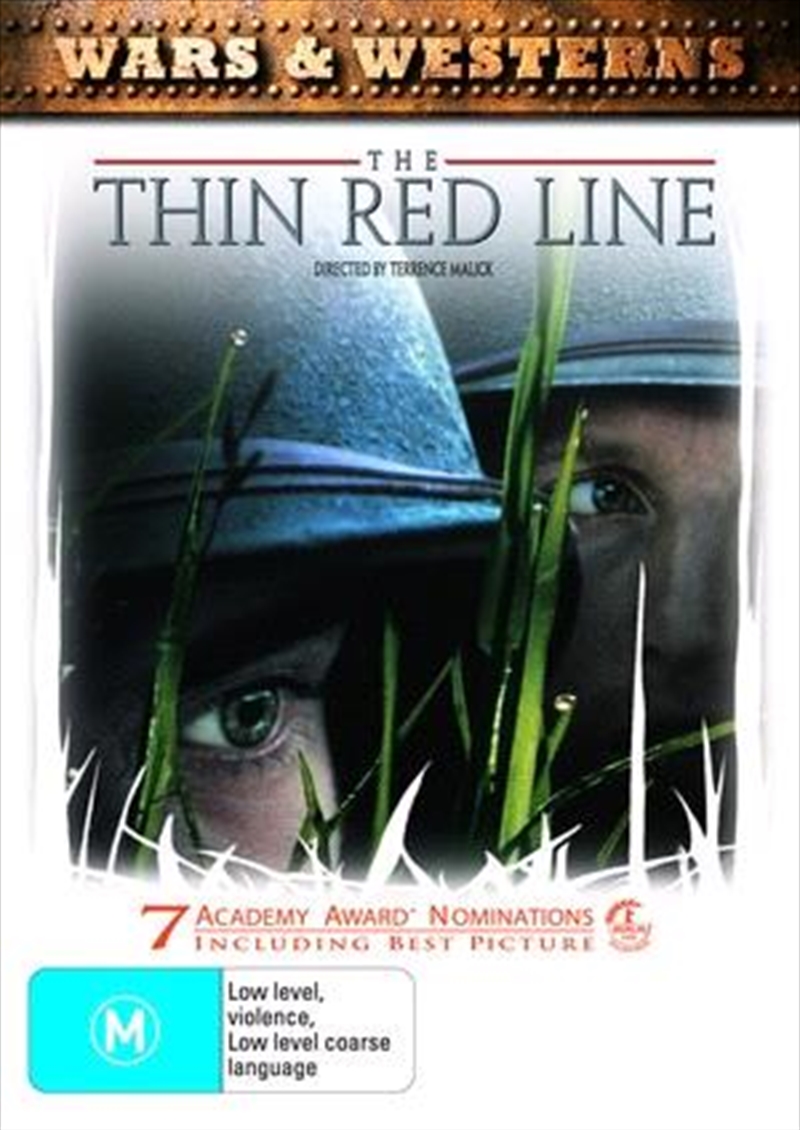 Shipping - See delivery options.
Postcode:
Quantity:
SEE MORE IN:
3 for $20 Movies & More
DESCRIPTION
The Thin Red Line is the long-awaited third film from reclusive director Terrence Malick (Badlands, Days of Heaven). An all star cast marks this loose adaptation of James Jones's novel, set during the World War 2 battle for Guadalcanal between the United States and Japan. The ensemble of characters centres around Pvt. Witt (Jim Caviezel), an introspective rebel who, at the movie's opening, is AWOL and living an idyllic life among Melanesian natives. When he is found by his C Company superiors he is sent back into battle on the island of Guadalcanal, on which the Japanese hold a tactically critical airfield. This exceptionally beautiful and intelligent war film was shot primarily in Australia's Daintree Rainforest.
DETAILS