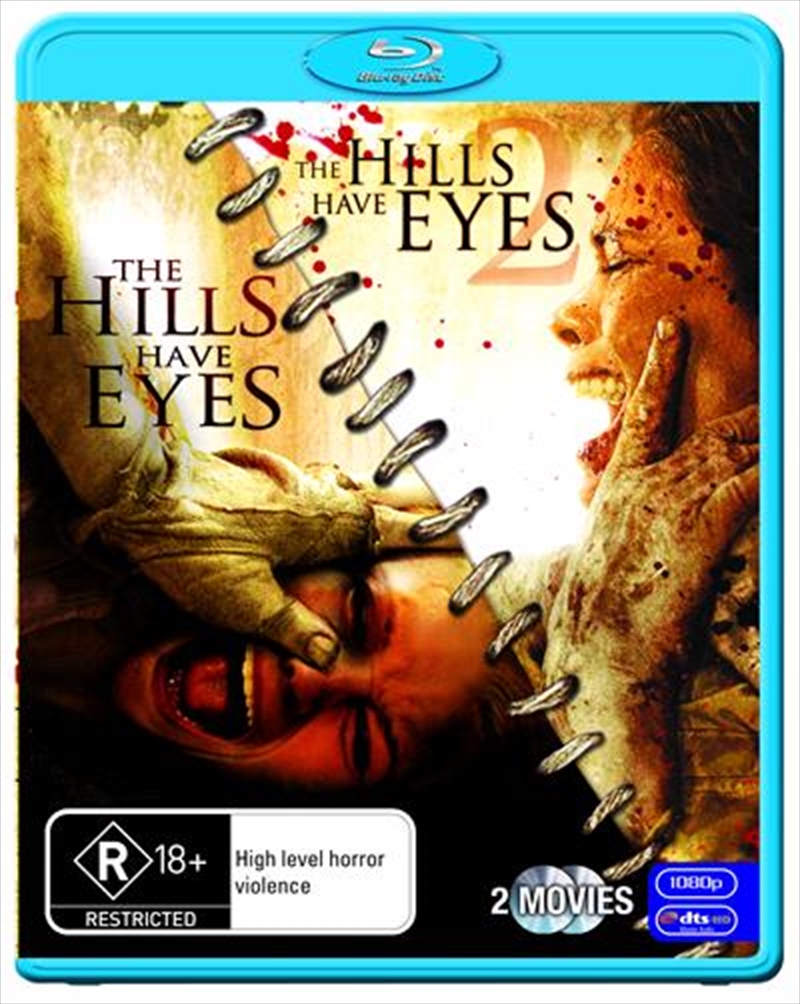 Shipping - See delivery options.
Postcode:
Quantity:
Hills Have Eyes, The (2006) A new take on Wes Craven's 1977 film of the same name, The Hills Have Eyes is the story of a family road trip that goes terrifyingly awry when the travellers become stranded in a government atomic zone. Miles from nowhere, the Carters soon realise the seemingly uninhabited wasteland is actually the breeding ground of a blood-thirsty mutant family...and they are the prey.Hills Have Eyes 2, The (2007) This chilling sequel picks up two years after the ill fated Carter family was attacked by canabilistic mutants while crossing the New Mexico desert. Now a group of National Guard trainees on a routine mission find themselves up against the same bloodthirsty freaks. But this time, the mutant leader isn't just looking for a quick kill, he needs female breeders to continue his family line.