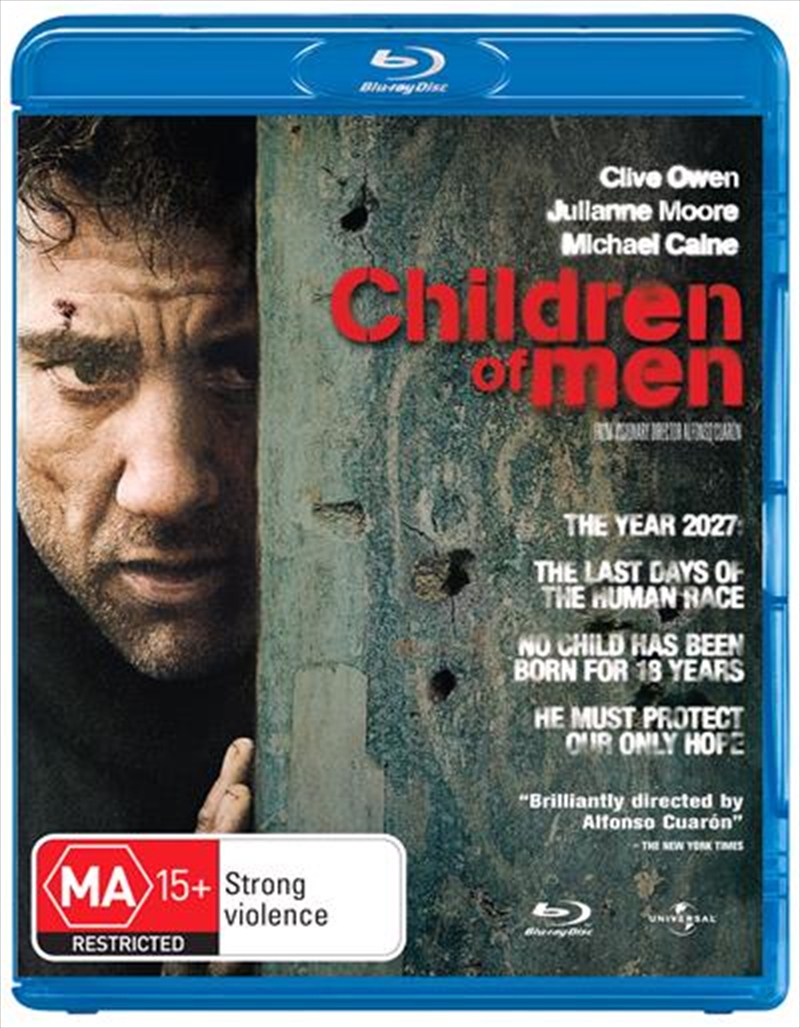 Children of Men envisages a world one generation from now that has fallen into anarchy on the heels of an infertility defect in the population. The world's youngest citizen has just died at 18, and humankind is facing the likelihood of its own extinction. Set against a backdrop of London torn apart by violence and warring nationalistic sects, Children of Men follows disillusioned bureaucrat Theo (Clive Owen) as he becomes an unlikely champion of Earth's survival. When the planet's last remaining hope is threatened, this reluctant activist is forced to face his own demons and protect her from certain peril.
TRAILER
DETAILS