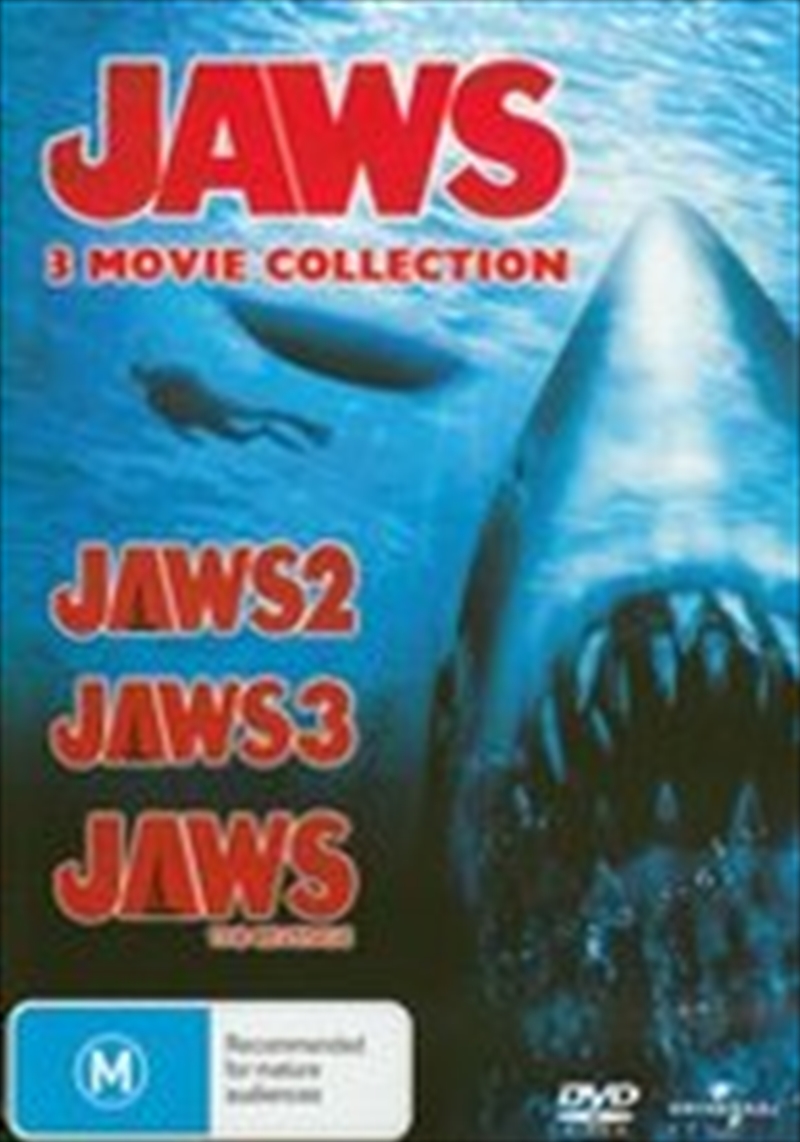 Shipping - See delivery options.
Postcode:
Quantity:
SEE MORE IN:
Jaws Creature Features 2 for $20 Movies & More
Jaws 2
Four years after the events of the original "Jaws", the town of Amity suddenly experiences series of mysterious boating accidents and disappearances. Chief of Police, Martin Brody, fears that another shark is out there, but he is ignored by the townsfolk. Unfortunately, he's right. There is another Great White in the sea. And it wants revenge!

Jaws 3
This third film in the series follows a group of marine biologists attempting to capture a young great white shark that has wandered into Florida's Sea World Park. However, later it is discovered that the shark's 35-foot mother is also a guest at Sea World. What follows is the shark reeking havoc on the visitors in the park.

Jaws: The Revenge
In the fourth film of the series, Chief Brody's wife leaves Amity after one of her sons is violently killed. She goes to the Caribbean to join her other son, his wife and grandchild. But she's not the only one going to the Caribbean. The shark responsible for her son's death is following her and is out to kill for revenge.