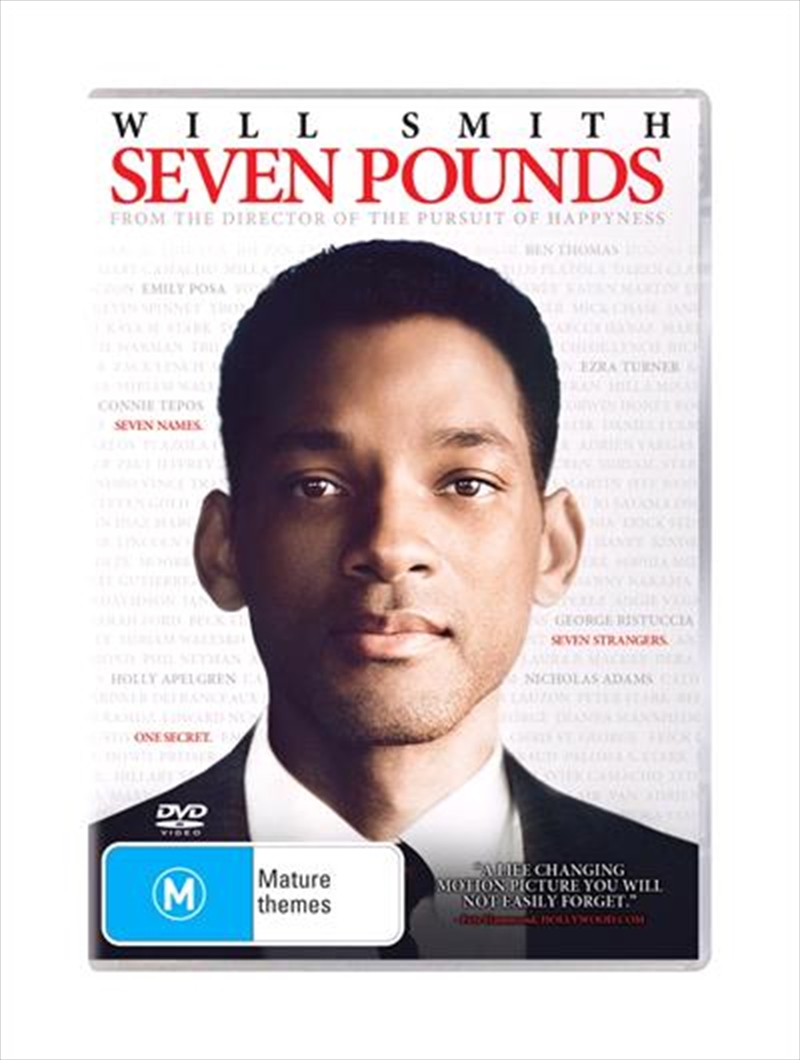 Academy Award® nominee Will Smith (2006, Best Performance by an Actor in a Leading Role, The Pursuit of Happyness) stars as Ben Thomas, a man at a crossroads searching for a way to redeem his heavy conscience. He discovers he has the power to change the circumstances of seven strangers who deserve a second chance. But when one of them captures his heart, he must decide if he should reveal his secret -- even if it means giving up on his plan.