Underbelly - A Tale of Two Cities 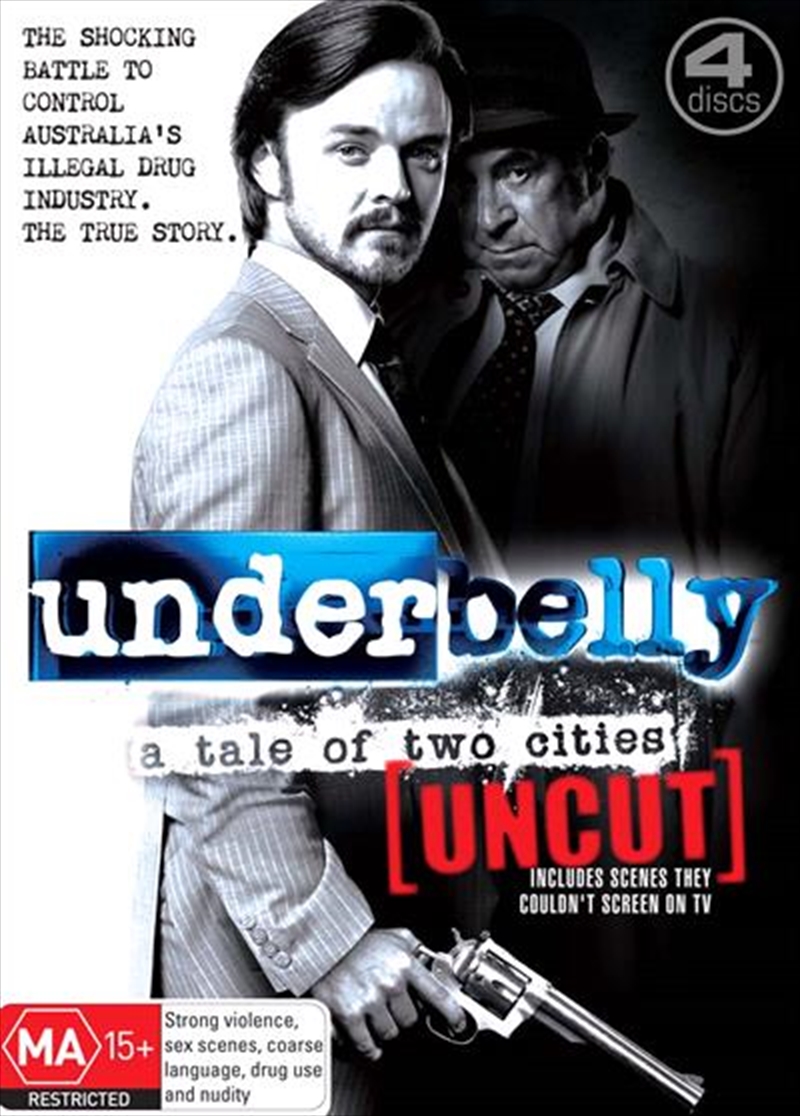 Underbelly - A Tale of Two Cities

Underbelly: A Tale of Two Cities is the true story of how two men changed the face of organised crime in Australia.
Aussie Bob Trimbole and Kiwi Terry Clark are an unlikely pair. One an overweight Italian-Australian who loves his food and marijuana crops; the other a charming young New Zealander, in love with money, power and the allure of beautiful women.
But at their first meeting in 1976, Trimbole and Clark click. Together, they mastermind the large-scale importation and distribution of heroin into Australia.
The easy success of their plan results in the underworld becoming awash with drug money, and a shift in the nature of organised crime in Australia. Old style crims, such as standover boys Les and Brian Kane in Melbourne, and illegal casino operator George Freeman in Sydney, find their criminal livelihoods suddenly overwhelmed by heroin.
For Trimbole and Clark, the success of their 'Organisation' is dependent on Clark's charm, the contribution made by his lover Allison Dine in recruiting the drug couriers, and a network of corrupt NSW Police and judiciary. And for a time, they get away with murder lots of it, starting with the assassination of NSW politician and anti-drugs campaigner Donald Mackay.
But not every cop in NSW and Victoria is corrupt, and when the Commonwealth Police join forces with their State counterparts they place heavy heat on the Organisation's members. All it will take is for the Organisation to get sloppy, and for somebody to spill the beans...
Underbelly: A Tale of Two Cities Australia's hottest new drama, based on real events from 1976-1986.