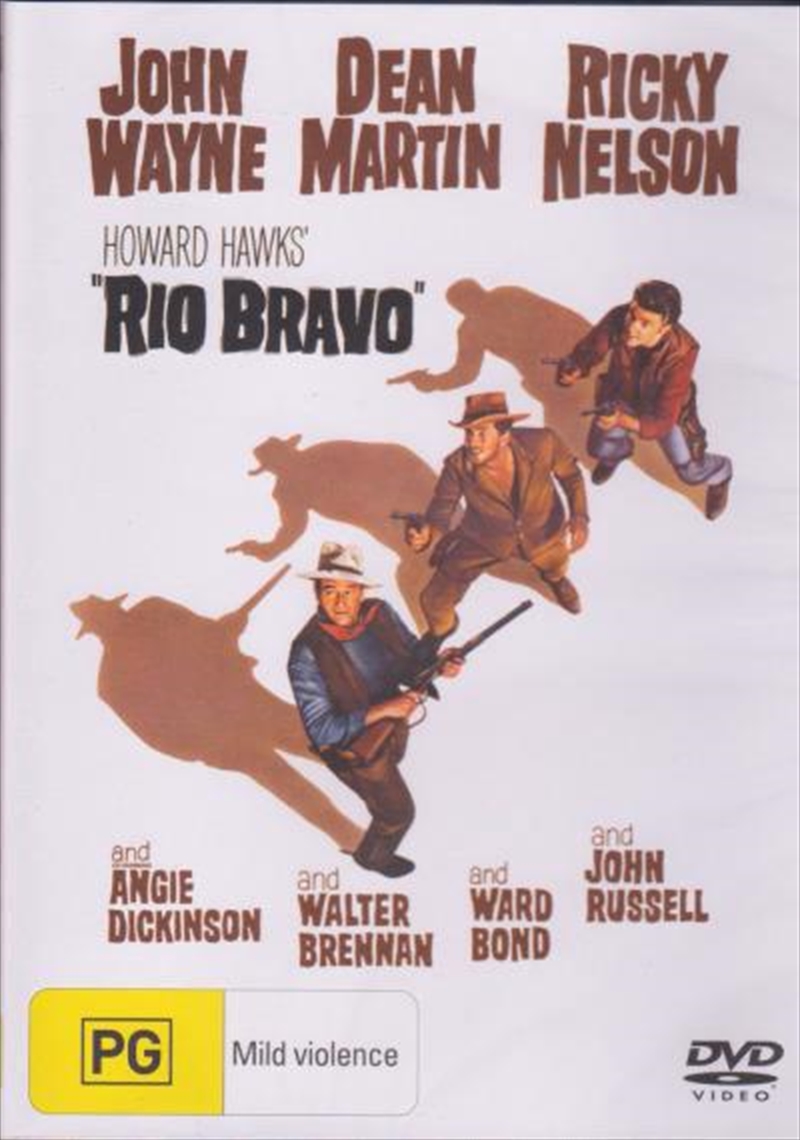 Shipping - See delivery options.
Postcode:
Quantity:
SEE MORE IN:
3 for $20 Movies & More Cant Seem To Stream Dean Martin
DESCRIPTION
On one side is an army of gunmen dead-set on springing a murderous sidekick from jail. On the other is Sheriff John T. Chance and his two deputies: one a drunk, the other a cripple. Place your bets. John Wayne is Chance in Rio Bravo, a lean Western classic packing solid heroics and a strong emotional core. He's joined by Dean Martin as the deputy coming off a two-year drunk, Walter Brennan as the old coot whose spirit outmatches his hobbled stride, Ricky Nelson as a youth out to prove himself and Angie Dickinson as a scarlet woman with her eyes on Chance. Director Howard Hawks lifted the Western to new heights with Red River. Capturing the legendary West with a stellar cast in peak form, he does it again here.
DETAILS