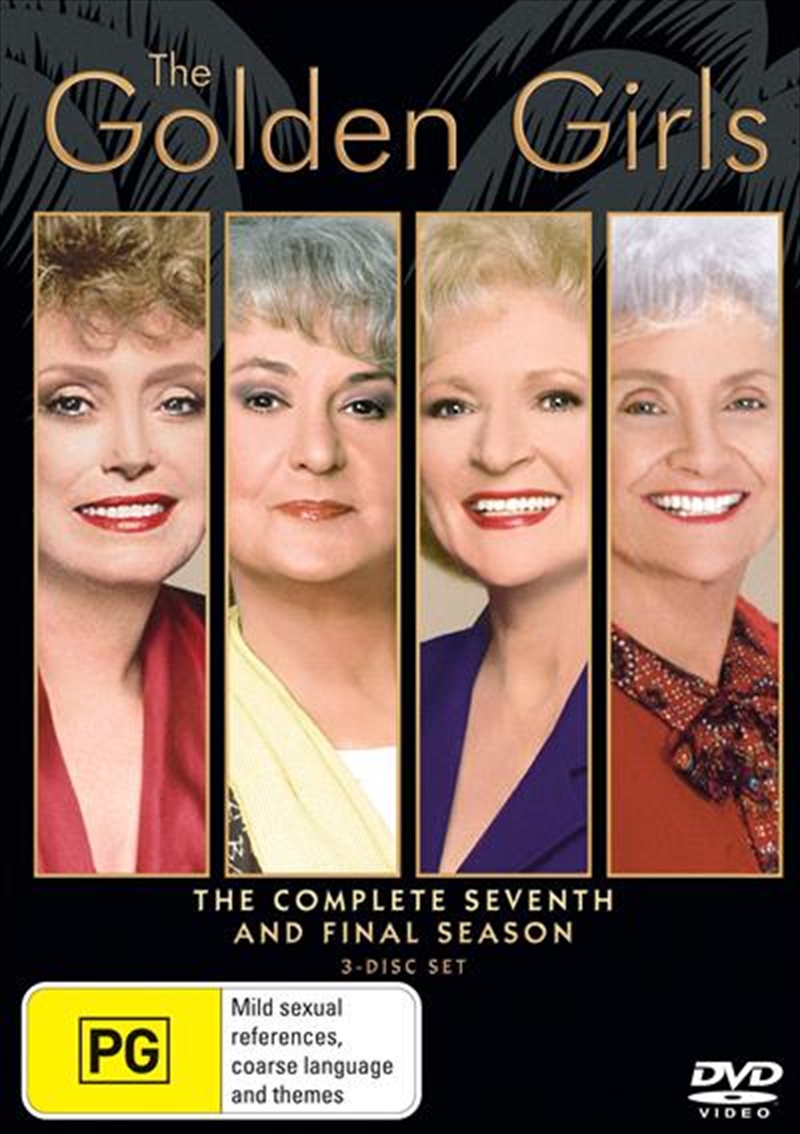 Complete your collection with the seventh and final season of the award- winning series The Golden Girls. Beatrice Arthur, Rue McClanahan, Betty White and Estelle Getty are back for more laughter, friendship and fun, along with one last helping of cheesecake. Enjoy every moment of Season Seven in this unforgettable DVD set, capped off with exclusive bonus material. The girls travel to Atlanta to save Blanche?s family estate, Dorothy tries out to be a contestant on Jeopardy!, Rose?s investigative journalism gets her friends in hot water with the police, and Sophia has a run-in with the Pope. With an exclusive nostalgic retrospective and terrific guest stars like Leslie Nielsen, Merv Griffin and Alex Trebek, the girls go out with a bang. From the hilarious season opener to the tearful farewell, The Golden Girls: The Complete Seventh Season is a fitting conclusion to one of the most beloved series of all time.