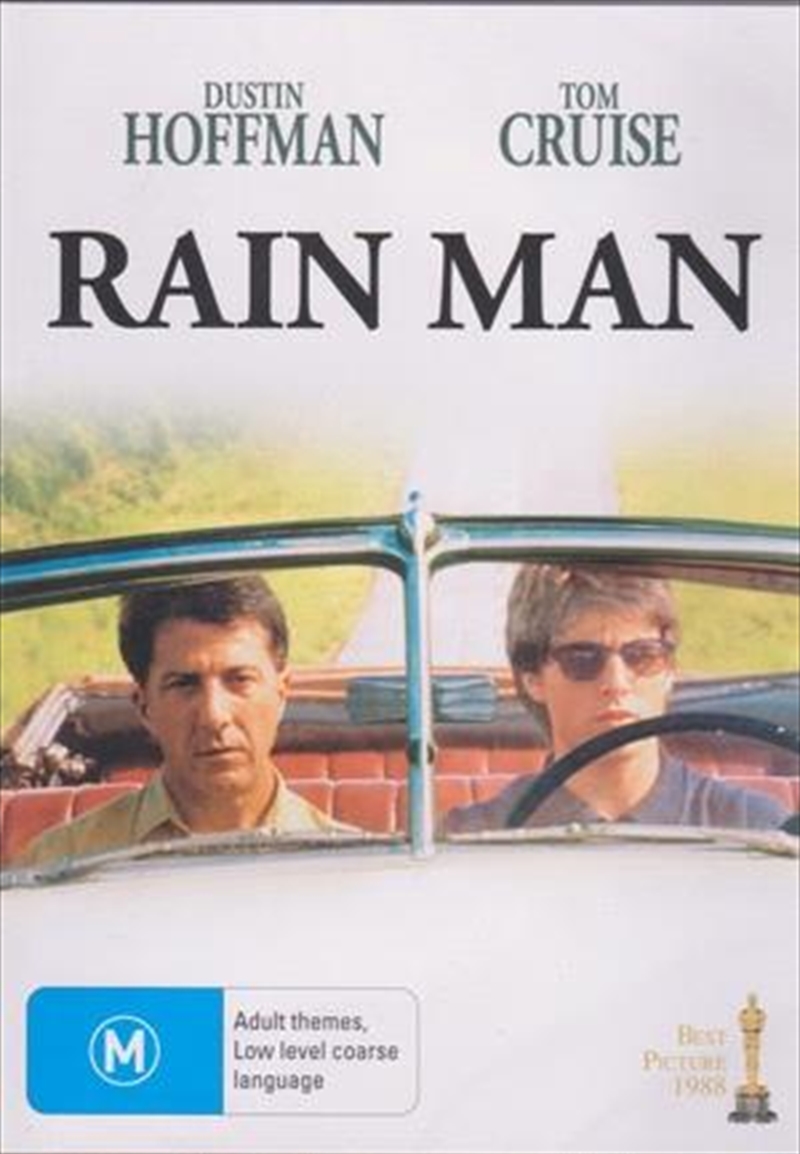 Shipping - See delivery options.
Postcode:
Quantity:
SEE MORE IN:
3 for $20 Movies & More
DESCRIPTION
In his Oscar winning role Dustin Hoffman joins Hollywood heart-throb Tom Cruise to bring a funny and moving tale of brotherly love to the screen. Heartless Charlie Babbitt expects a vast inheritance after his estranged father dies. But Raymond, his institutionalised older brother, someone he's been totally unaware of, is willed the entire fortune instead. Raymond is an 'autistic savant' with severely limited mental abilities in some areas but with genius gifts in others. When Charlie kidnaps Raymond, the crazy cross-country drive back to Los Angeles teaches them both a few lessons in life. For as they overcome their mutual distrust of each other, a deep bond is forged as they painfully share past memories, present problems and a possible shining future together.
TRAILER
DETAILS