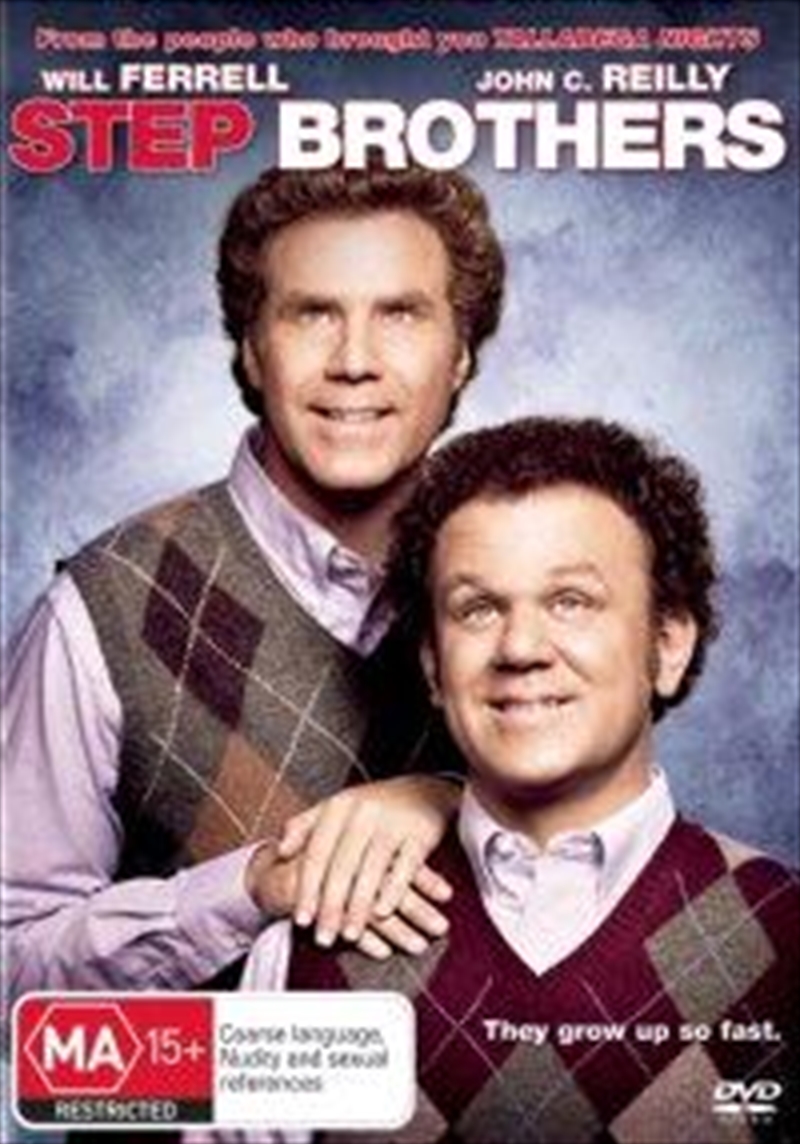 Shipping - See delivery options.
Postcode:
Quantity:
SEE MORE IN:
3 for $20 Movies & More Will Ferrell
DESCRIPTION
They grow up so fast.

In 'Step Brothers', Ferrell plays Brennan Huff, a sporadically employed thirty-nine-year old who lives with his mother, Nancy. Reilly plays Dale Doback, a terminally unemployed forty-year-old who lives with his father Robert. When Robert and Nancy marry and move in together, Brennan and Dale are forced to live with each other as step brothers. As their narcissism and downright aggressive laziness threaten to tear the family apart, these two middle-aged, immature, overgrown boys will orchestrate an insane, elaborate plan to bring their parents back together.
TRAILER
DETAILS