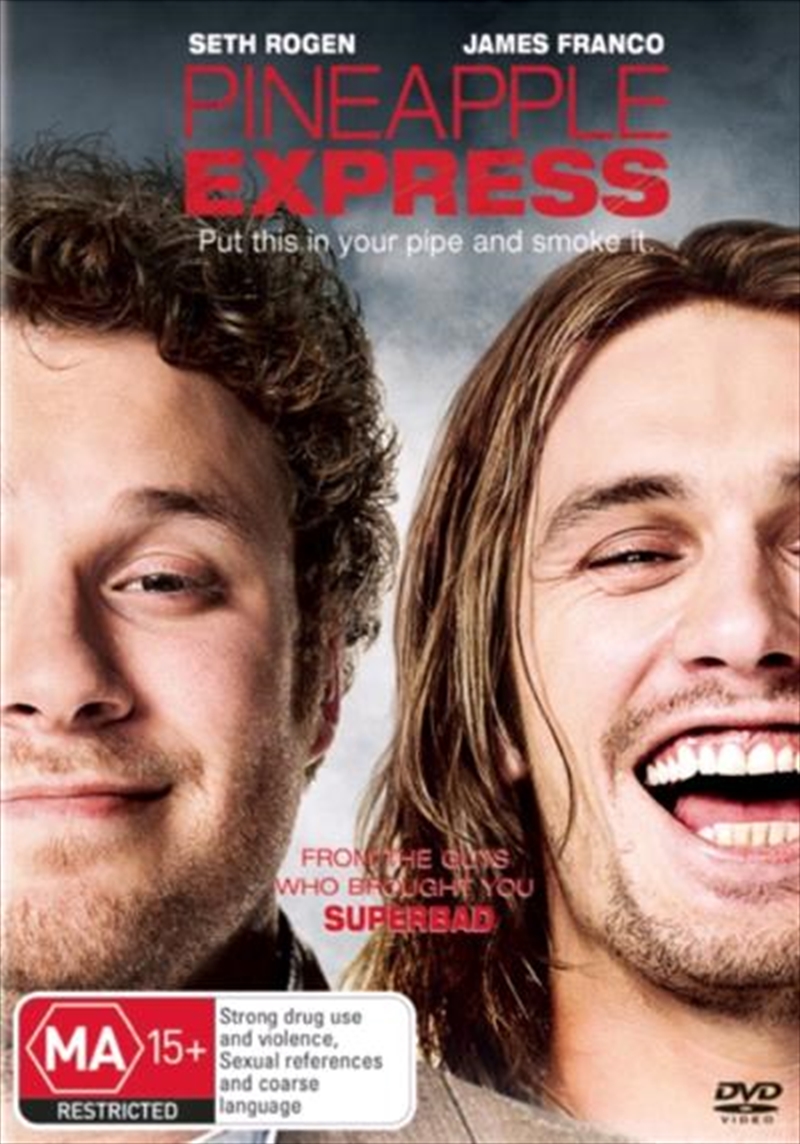 Shipping - See delivery options.
Postcode:
Quantity:
SEE MORE IN:
3 for $20 Movies & More
DESCRIPTION
Put this in your pipe and smoke it.

Ride high on the Pineapple Express, the outrageously hysterical new comedy from Judd Apatow, the director of The 40 Year Old Virgin and the writers of Superbad.
A lazy stoner, Dale Denton (Seth Rogen), is the sole witness to a murder committed by an evil drug lord (Gary Cole) and a corrupt cop (Rosie Perez). Now, marked for death, he runs for hias life, dragging his dazed dealer (James Franco) and his supplier (Danny McBride) with him on a fast and furious, weed-fulled adventure.
TRAILER
DETAILS