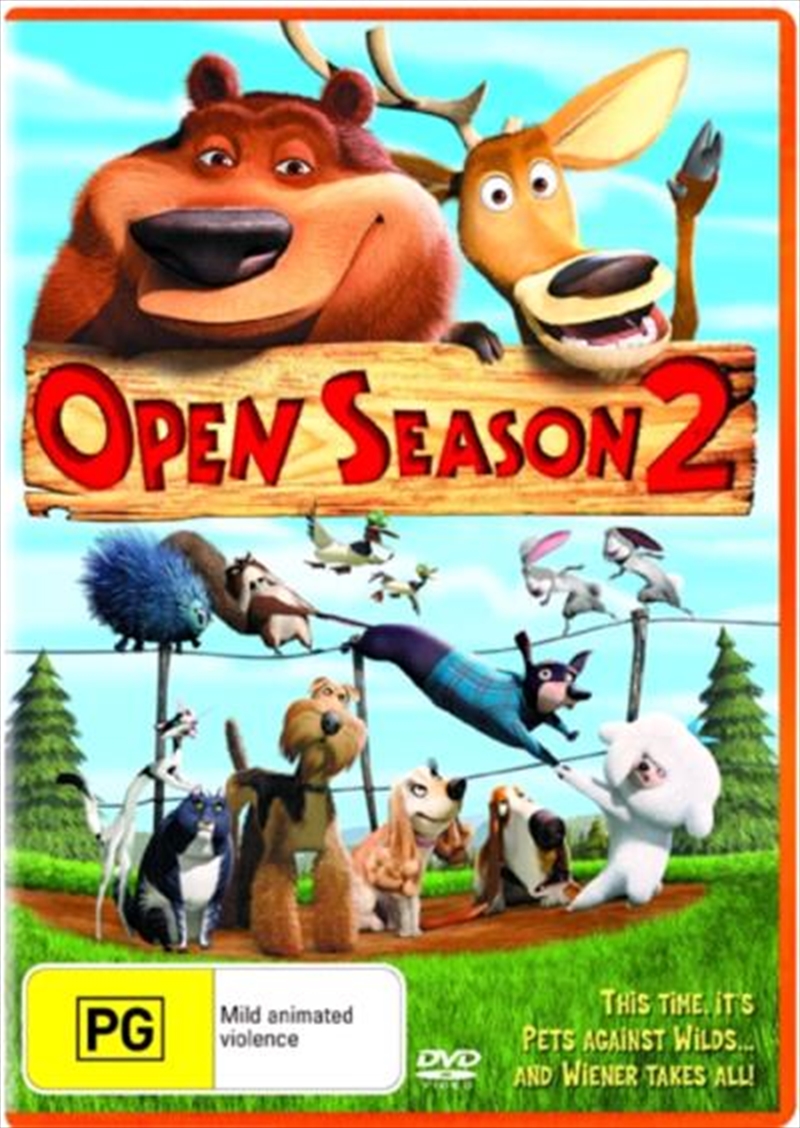 Shipping - See delivery options.
Postcode:
Quantity:
SEE MORE IN:
3 for $20 Movies & More
DESCRIPTION
After falling head over hooves in love with Giselle, Elliot's road to the altar takes a slight detour when Mr. Weenie is kidnapped by a group of pampered pets determined to return him to his owners. Boog, Elliot, McSquizzy, Buddy and the rest of the woodland creatures launch a fullscale rescue mission for their sausage-shaped friend and soon find themselves in enemy camp: the world of the pets. Led by a toy poodle named Fifi, the pets do not plan to let Mr. Weenie go without a fight. Can a toy poodle REALLY bring down a 900-pound grizzly bear? Will Elliot ever marry Giselle? Find out in Open Season 2.
TRAILER
DETAILS