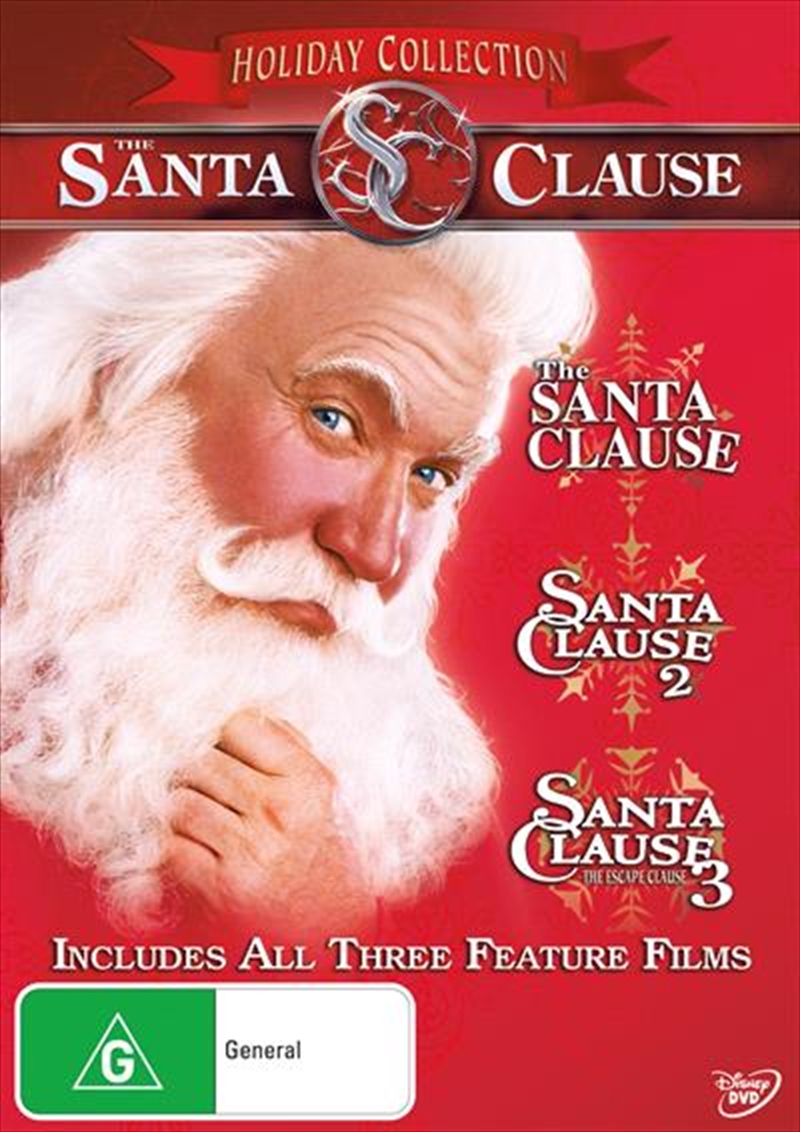 This Christmas, the snow hits the fan.

Santa Clause, The: Special Edition (1994) Superstar comedian and Golden Globe winner Tim Allen shines bright in Disney's magical, larger-than-life hit comedy that People Magazine dubbed "the most playfully amusing, inventive cinematic...fable in several decades!"Rooftop clatter leads to merry adventure after Santa falls down on the job, and Scott Calvin's son Charlie convinces dad to try on the red suit. Eight reindeer pilot the pair to the North Pole, where they soon discover that by donning the famous suit, dad must now accept all of Santa's duties! Over the next year, a surprised, not-so-jolly Scott grows a Santa-sized tummy and beard, causing friends, family and business associates to wonder if he's lost his marbles. All except Charlie, who thinks his dad is perfectly suited for his new job!Each well-kept secret of the North Pole is revealed in Disney's hilarious and heartwarming tale that's "destined to become a holiday classic" (New York Post). Now you can unwrap all the magic of the holidays any day of the year!Santa Clause 2, The (2002) Tim Allen returns as everybody's favourite modern-day Santa in The Santa Clause 2. Scott Calvin (Allen) has been Santa Claus for the past eight years, and his loyal elves consider him the best one ever. But Santa's world is turned upside down when his son Charlie lands on this year's "naughty" list, and Scott finds out if he doesn't marry by Christmas Eve - just a month away - he'll stop being Santa forever.Embracing Christmas with all its heart, warmth, fun and adventure, The Santa Clause 2 is the perfect holiday classic for the entire family.Santa Clause 3, The: The Escape Clause (2006) Tim Allen is back in the big red suit for more adventure and laughs in Disney's hilarious family comedy. Get ready for a thrilling sleigh ride as the reluctant Santa Claus faces his most chilling and hysterical challenge yet. As Christmas nears, Scott Calvin invites his in-laws (Ann-Margret and Alan Arkin) to