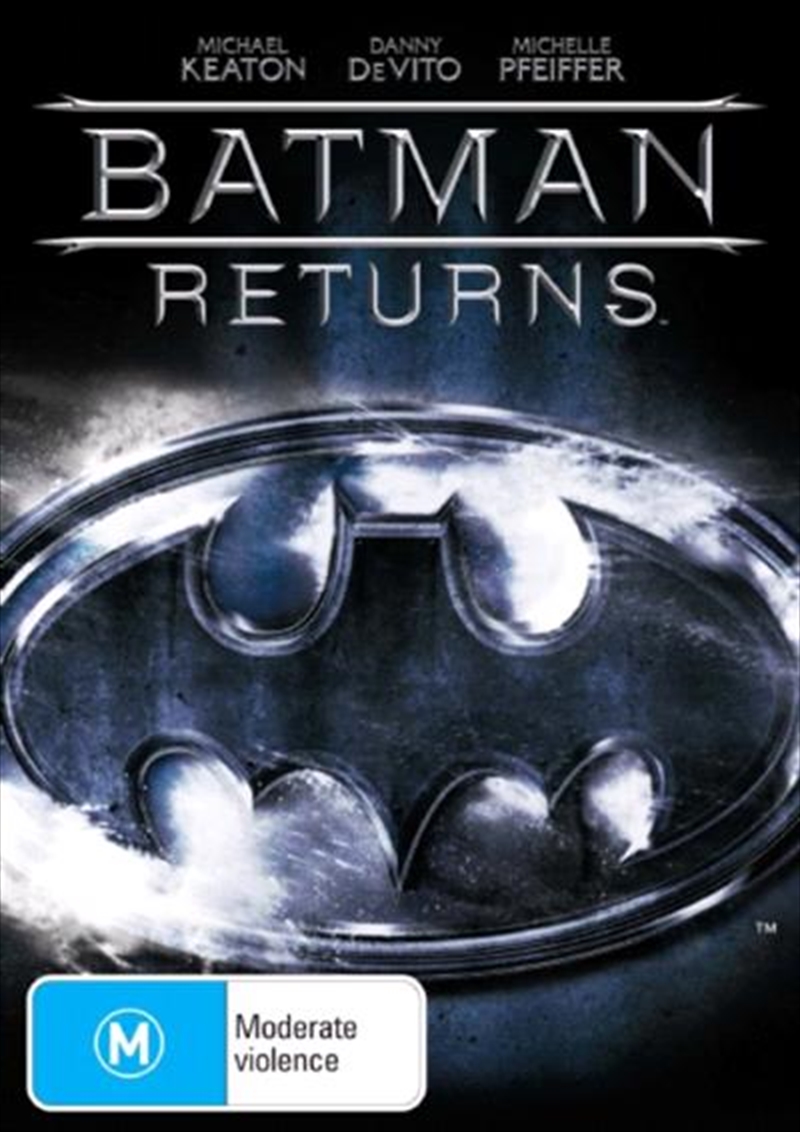 Having defeated The Joker, Batman now faces The Penguin a warped and deformed individual intent on being accepted into Gotham society. The plot is further complicated by Selina Kyle, a wronged secretary who transforms into the slinky, mysterious Catwoman.
Michael Keaton reprises his role as Batman; Danny DeVito stars as The Penguin and Michelle Pfeiffer is the new face of Catwoman in this second installment of Warner Bros. Batman series directed by Tim Burton.
TRAILER
DETAILS