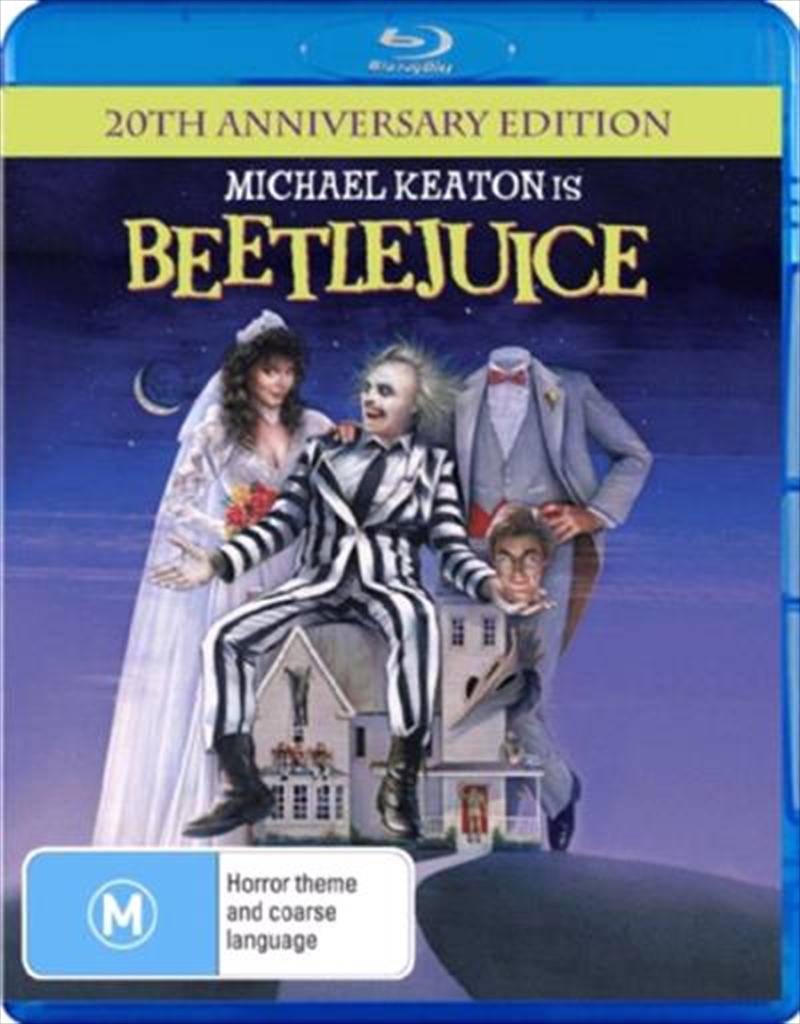 Shipping - See delivery options.
Postcode:
Quantity:
SEE MORE IN:
Beetlejuice Cant Seem To Stream
Say it once... Say it twice... But we dare you to say it THREE TIMES

What's a yuppie ghost couple to do when their quaint New England home is overrun by trendy New Yorkers? They hire a freelance "bio-exorcist" to spook the intruders. And everyone gets more than he, she or it bargained for! Director Tim Burton (Batman, Mars Attacks!) teams with Michael Keaton (Night Shift, Batman). The result? "Keaton's Beetlejuice is one of the biggest, baddest wolves a ghost movie has ever unleashed, a polter-gas" (The Village Voice). He's a juggernaut of jokes, jolts and jive who hurls one-liners, spins into grotesque forms, gobbles insects and can't leave ladies (living or dead) alone. Keaton's wild work in this and Clean and Sober won him 1988's National Society of Film Critics Best Actor Award. Alec Baldwin, Geena Davis, Winona Ryder and Sylvia Sidney share starring honors with the movie's wondrous production design, Harry Belafonte soundtrack tunes and Academy Award-winning Best Makeup. So exorcise your right to fun. Say the "B" word three times and have a wonderful Day-O!