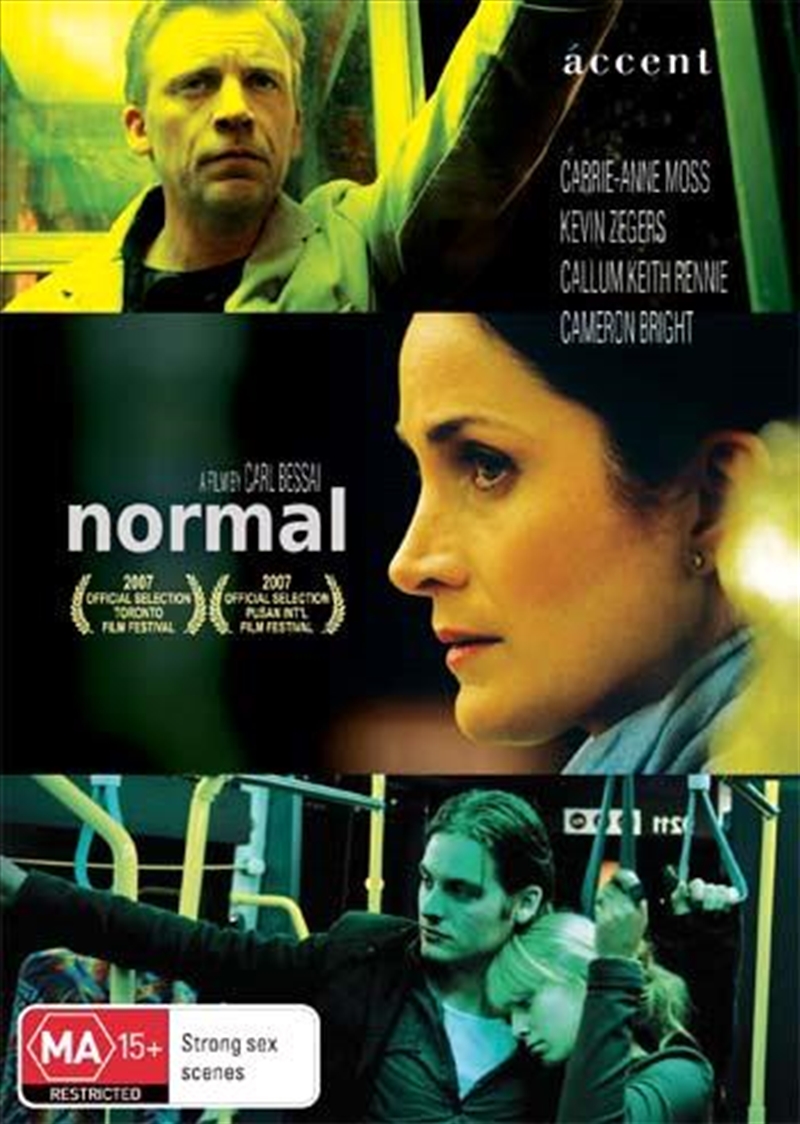 Normal is the story of three strangers who have avoided coming to grips with the aftermath of a senseless tragedy, and their role within it. While the accident claimed the life of one young man, it is slowly deconstructing everyone that was touched by it. In the two years since the death of her eldest son and star athlete, Nicky, Catherine is finding it increasingly difficult to cope with a husband who prefers to live a life of denial and a son who is a constant reminder of what once was. Walt, a professor, is coming to grips with his impending middle age.
His inability to communicate with his wife, the care demanded from his agoraphobic brother and his failure as a writer, lead him to find refuge ion the arms of Sherri, a young television reporter and student. Jordie, after serving time in a juvenile detention centre for car theft comes home to his domineering father, Carl, and his new stepmother, Elise.
His strained relationship with his father comes to a head when he and Elise find themselves in each other's arms and beging a torrid, taboo affair. As Normal unfolds, we discover that these characters are all part of one story - linked by blood, coincidence and their need to make atonement with the past. In the tradition of multiple story films such as the Oscar winner Crash and Short Cuts, Normal is another emotionally-charged film about how coincidence and fate can help shape our lives and destinies.