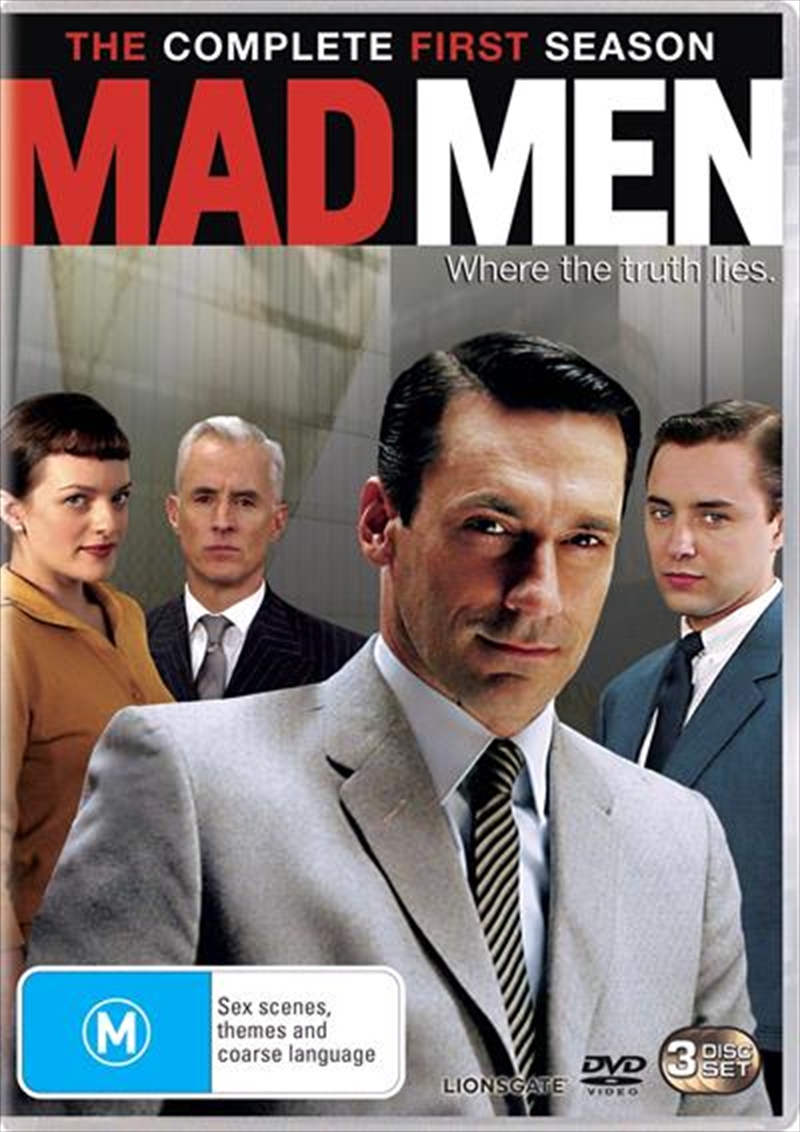 Winner of 6 Emmy® Awards and 2 Golden Globe® Awards including Best Drama Series, Mad Men is a compelling drama about life in a prestigious and ruthless New York City advertising agency. Set in the early 1960's, a time when sexism, homophobia, dubious family values and misogyny were rife and smokers were enjoying the last guilt free years of the cigarette, Mad Men (an affectionate term coined for those working in the ad agencies) opens the doors to the inner sanctum of Sterling Cooper Advertising Agency, a place where everyone is selling something and nothing is what it seems. Included in this 3 disc set are all 13 episodes from the critically acclaimed first season of the hit new series that's been described as "television's best new drama (Newsweek)".
TRAILER
DETAILS

Smoke Gets in Your Eyes

Red in the Face