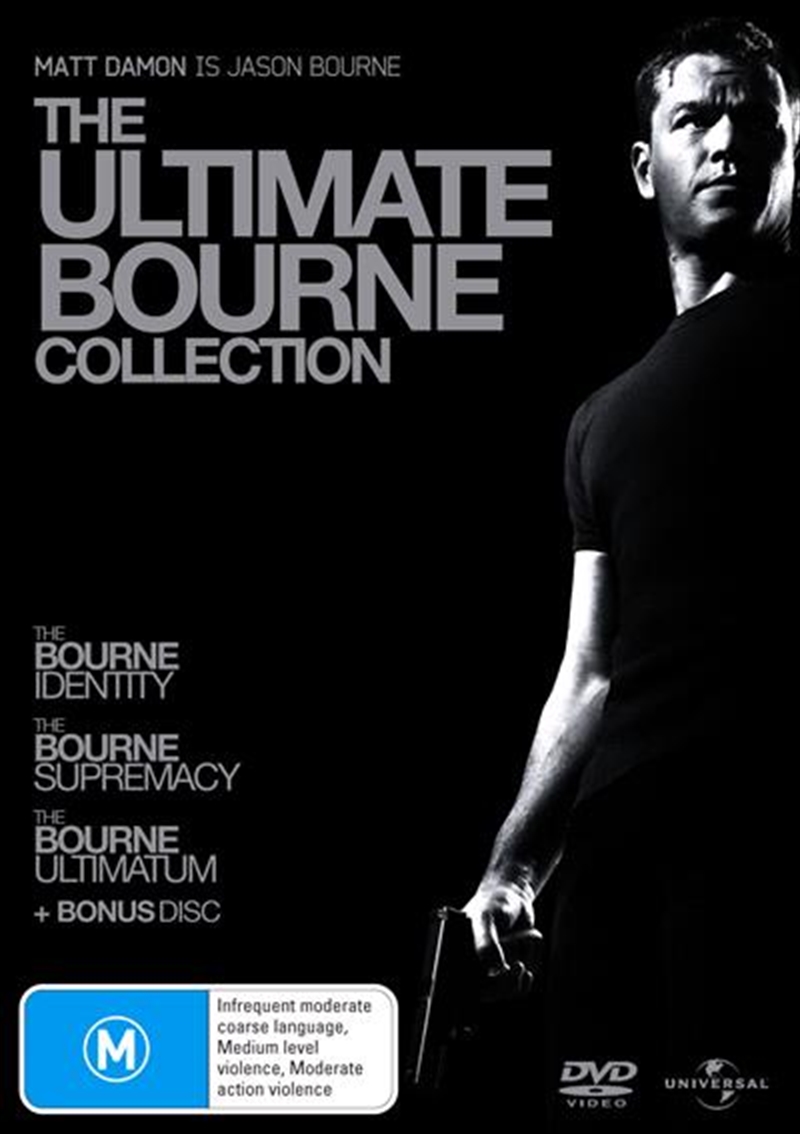 Bourne Identity, The (2002) Explosive action thriller starring Matt Damon (Ocean's Eleven) and Frana Potente (Run, Lola, Run) and based on the International bestseller by Robert Ludlum. Rescued with two bullets in his back, Jason Bourne (Damon) has completely lost his memory. Soon it becomes very clear that he has to find out his identity to save his life. Hunted by his killers and racing against time, Bourne soon discovers he too has a definite instinct to kill... With it's clever international plot, non-stop action, white-knuckle car chase through Paris and terrific stunts and fight sequences, The Bourne Identity will leave you breathless.Bourne Supremacy, The (2004) After the Chinese vice-premier is brutally murdered, the killer leaves the calling card of Jason Bourne. The CIA knows that Jason Bourne (Matt Damon) is in fact innocent of the crime. Now, Agent David Webb must step back into the shoes of Bourne to catch the impostor and to save the woman he loves.Bourne Ultimatum, The (2007) Matt Damon returns as the trained assassin Jason Bourne for the latest showdown, with director Paul Greengrass (United 93, The Bourne Supremacy) joining returning cast members Julia Stiles (The Omen, Mona Lisa Smile) and Academy Award® nominee Joan Allen (The Upside of Anger, The Contender). New additions to the cast include Oscar® nominee David Strathairn (We are Marshall, Good Night, and Good Luck.) and Paddy Considine (Cinderella Man, In America). All he wanted was to disappear. Instead, Jason Bourne is now hunted by the people who made him what he is. Having lost his memory and the one person he loved, he is undeterred by the barrage of bullets and a new generation of highly-trained killers. Bourne has only one objective: to go back to the beginning and find out who he was. Now, in the new chapter of this espionage series, Bourne will hunt down his past in order to find a future. He must travel from Moscow, Paris, Madrid and London to Tangier
TRAILER
DETAILS