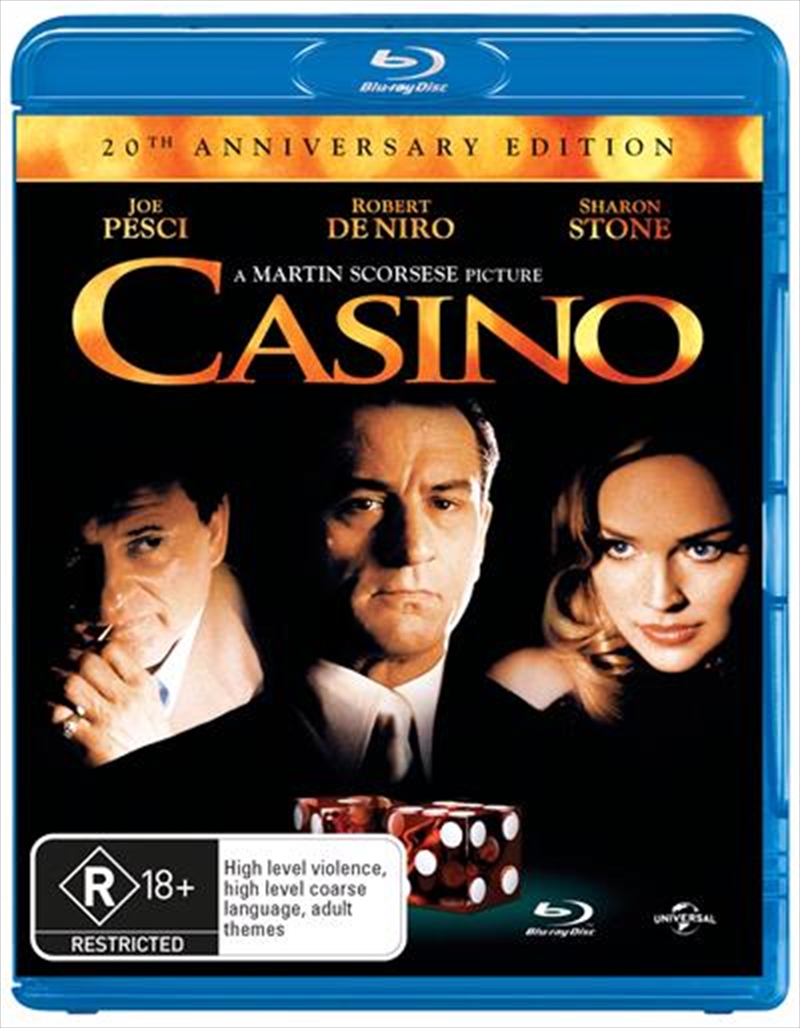 Shipping - See delivery options.
Postcode:
Quantity:
SEE MORE IN:
2 for $20 Movies & More 2 For $20 Drama
They had it all, they ran the show, and it was paradise...while it lasted.

Danger. Power. Seduction. Welcome to Las Vegas 1973. Robert De Niro, Sharon Stone and Joe Pesci star in director Martin Scorsese's riveting look at how blind ambition, white-hot passion and 24-carat greed toppled an empire. In an era of over-the-top glitz, Sam "Ace" Rothstein is riding high as front man for the Mob's multi-billion dollar Las Vegas operation. To protect their "investment", the bosses send in Ace's boyhood pal, hot-headed enforcer Nicky Santoro. It's a winning hand: Ace's brain and Nicky's muscle - until sexy wild card ginger McKenna turns up the heat. This gripping fact-based tale boasts extraordinary performances, a sizzling soundtrack and a dizzying look beneath the glamorous facade, beyond the closed doors and behind the eyes of the men and women whose fortunes - and lives - were made and lost with a roll of the dice.