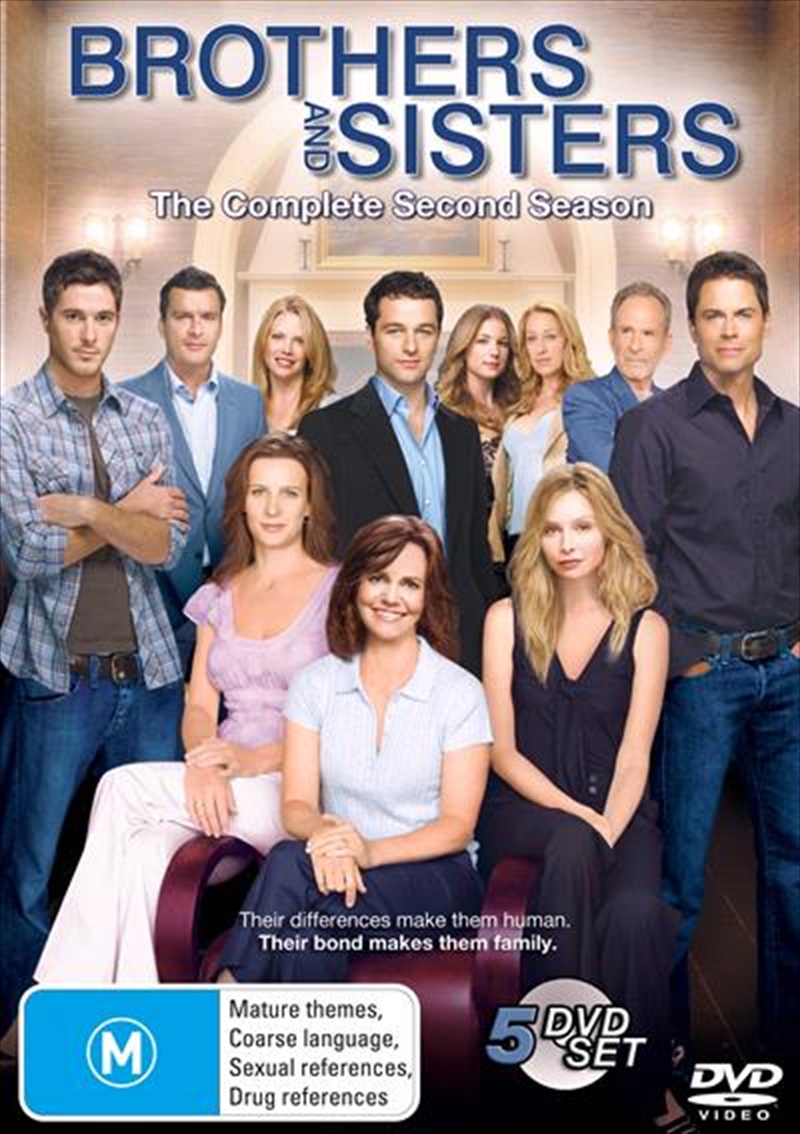 Shipping - See delivery options.
Postcode:
Quantity:
SEE MORE IN:
3 for $30 TV
&lt;H3&gt; Brothers And Sisters Season 2 DVD - On Sale Now With Fast Shipping&lt;H3&gt;
Enter the complex world of the Walkers, and explore what it means to be a family in the 21st century. Though they live very different and conflicting lives, the Walkers find unity under the family roof. Relationships bend but never break as they strive to find their own identities and embrace each other?s differences. Get caught up in one of television?s most reflective and sophisticated dramas. Calista Flockhart, Sally Field, Rachel Griffi ths, Ron Rifkin, Balthazar Getty and Patricia Wettig lead a stellar cast in the critically acclaimed hit Brothers & Sisters. Experience every episode of Season One, including exclusive, in-depth bonus material, in this six-disc DVD set.

States of the Union

The Feast of Epiphany