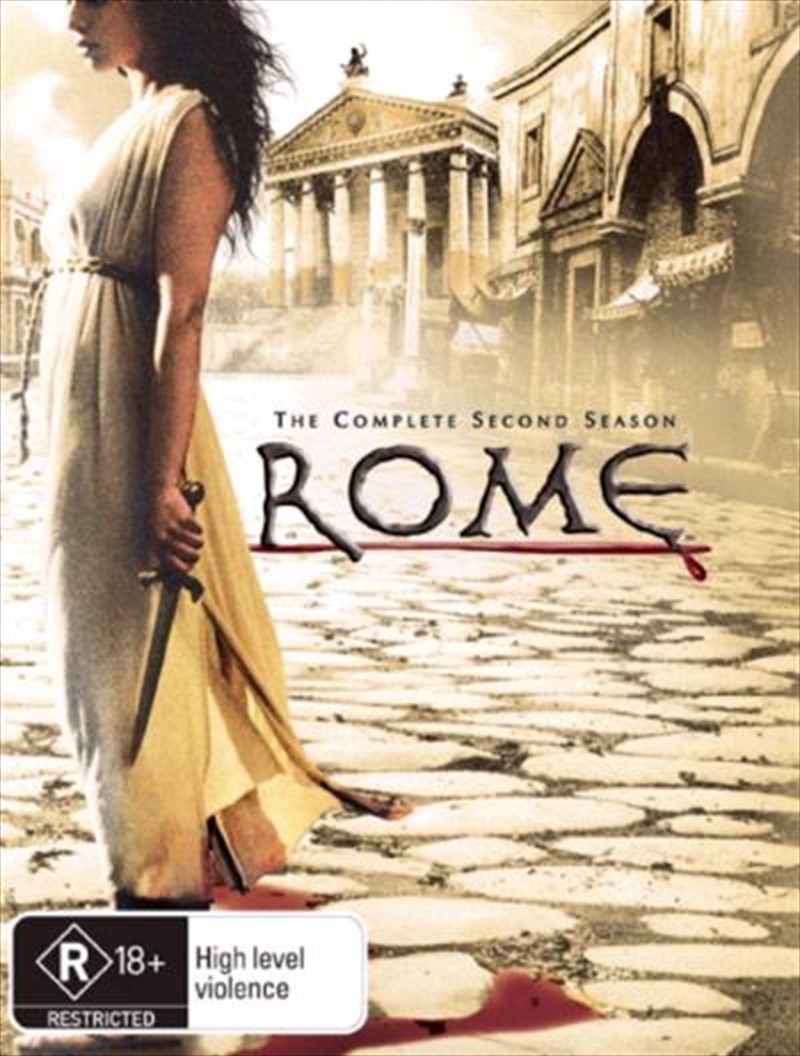 Shipping - See delivery options.
Postcode:
Quantity:
SEE MORE IN:
3 for $30 TV Cant Seem To Stream
&lt;H3&gt; Rome Season 2 DVD - On Sale Now With Fast Shipping&lt;H3&gt;
The year is 44 B.C. Julius Caesar has been assassinated and civil war threatens to destroy the Republic. In the void left by Caesar's demise, egos clash and numerous players jockey for position. The brutally ambitious Mark Antony attempts to solidify his power, aligning himself with Atia, but coming to blows with her cunning son Octavian, who has been anointed in Caesar's will as his only son and heir. Meanwhile Titus Pullo attempts to pull his friend Lucius Vorenus out of the darkness that has engulfed his soul in the wake of personal tragedy. For once again, the fates of these two mismatched soldiers seem inexorably tied to the fate of Rome itself.

These Being the Words of Marcus Tullius Cicero

Testudo et Lepus (The Tortoise and the Hare)

Heroes of the Republic

De Patre Vostro (About Your Father)