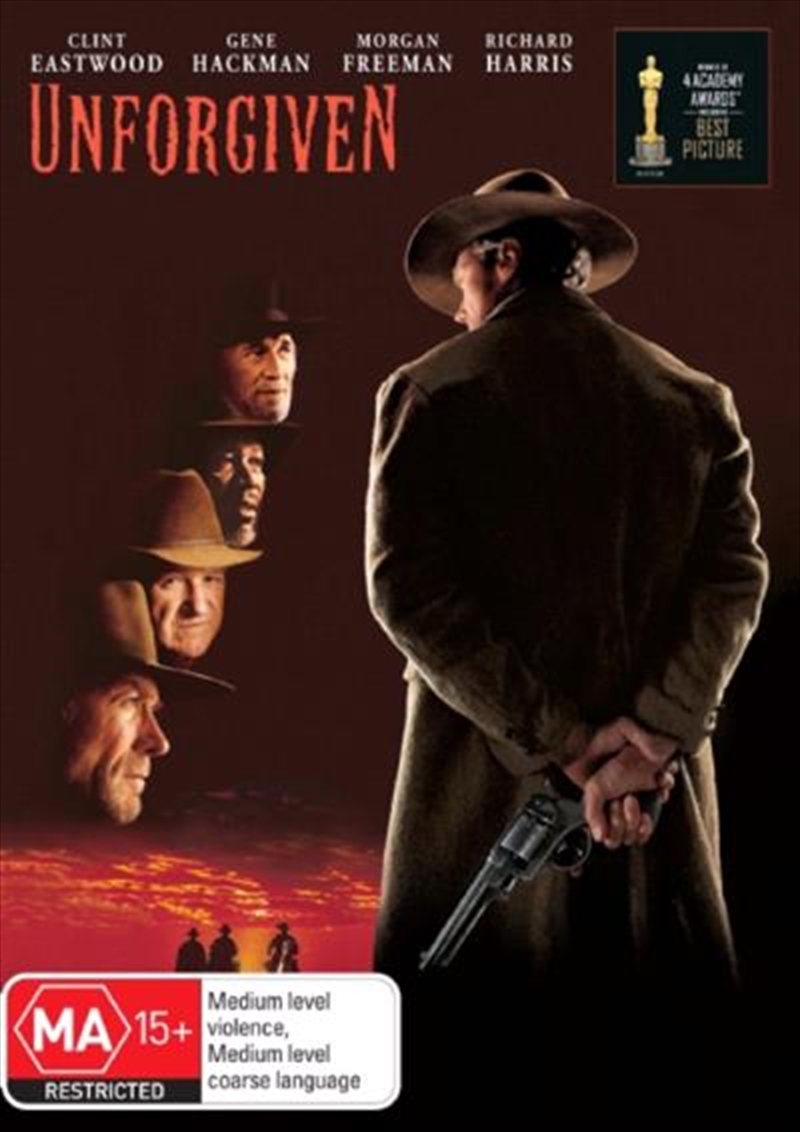 SEE MORE IN:
3 for $20 Movies & More Cant Seem To Stream
DESCRIPTION
In Unforgiven Clint Eastwood and Morgan Freeman play retired, old beaten-down outlaw cowboys. In a last throw of the dice, they decide to have one final shot at making some 'bread', by whipping out their pistols and attempting to collect a bounty offered by the abused and vengeful prostitutes of a small town called Big Whiskey, Wyoming. Richard Harris is competing for the reward, playing an eccentric British killer-for-hire named English Bob. Best Supporting Actor Oscar winner Gene Hackman is the sneaky, dangerous local sheriff whose style of law enforcement ranges from strange to ruthless. There's a big bang coming to Big Whiskey, and most probably it's firing out of Clint's quick-drawn revolver.
TRAILER
DETAILS