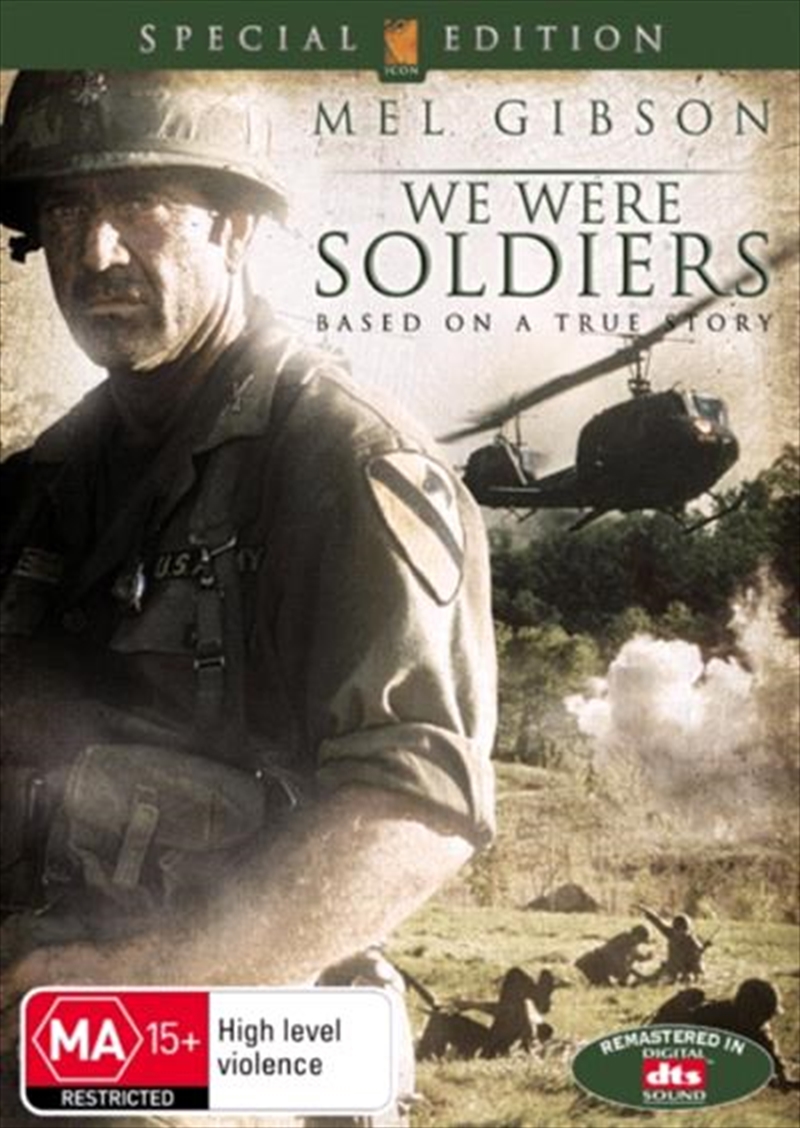 Maximum Action, Maximum Drama! We Were Soldiers is a powerful and bloody war movie based on a true story that moves at a heart-racing and ear-shattering pace!
On Sunday, November 14, 1965 at 10.48am, Lt. Col. Hal Moore (a magnificent performance by Academy Award Winner® Mel Gibson) and his regiment of 400 men touch down at Landing Zone X-ray in the La Drang Valley, a place in Vietnam know as "The Valley of Death." They find themselves surrounded by roughly 2,000 North Vietnamese soldiers and the ensuing battle becomes one of the most savage in US history. Heroism, bravery, sacrifice, and the butchery of battle, We Were Soldiers is a gruelling exploration of war with all its horrors, that can rightly take its place alongside war classics Apocalypse Now, Saving Private Ryan and Platoon.
TRAILER
DETAILS

Title: We Were Soldiers