Futurama- The Beast with a Billion Backs 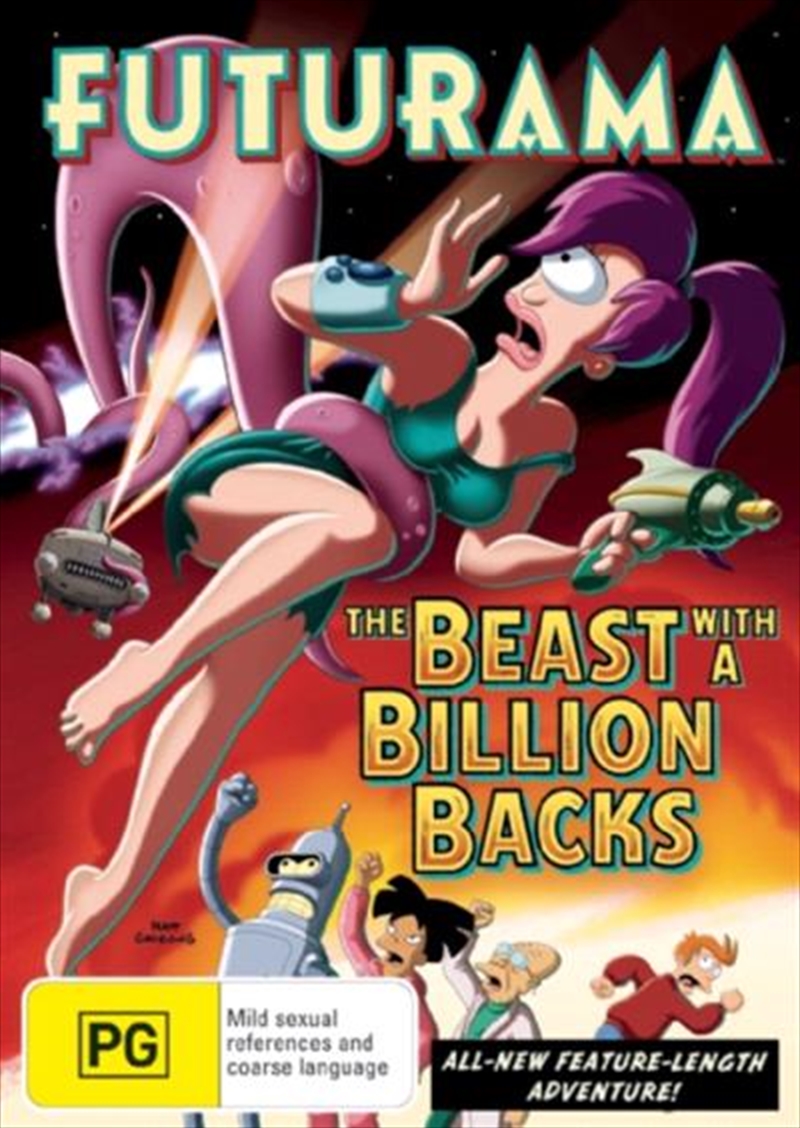 Futurama- The Beast with a Billion Backs

DESCRIPTION
The new film starts immediately after the events of Bender's Big Score and respecting the tradition of the show, will feature a number of guest appearances, including Brittany Murphy, Stephen Hawking and Dan Castellaneta from The Simpsons. The story has the crew of the Planet Express discovering a planet sized being with billions of tentacles intent on taking over the earth and once again it is up to Fry and company to save the day.
The thrilling conclusion to Bender's Big Score, Bender and the Planet Express crew must contend with a massive cosmic tear that sends the world into panic. The Planet Express crew must work to fix rips between their universe and another inhabited by a planet-sized, tentacle alien. The Alien soon takes over the Earth and uses it's ability to control Fry to command an entire religion, which takes over and convinces the inhabitants of Earth to abandon the Earth to live in a pseudo-heaven, leaving the robots of the world to inherit the planet.
DETAILS

Title: Futurama- The Beast with a Billion Backs