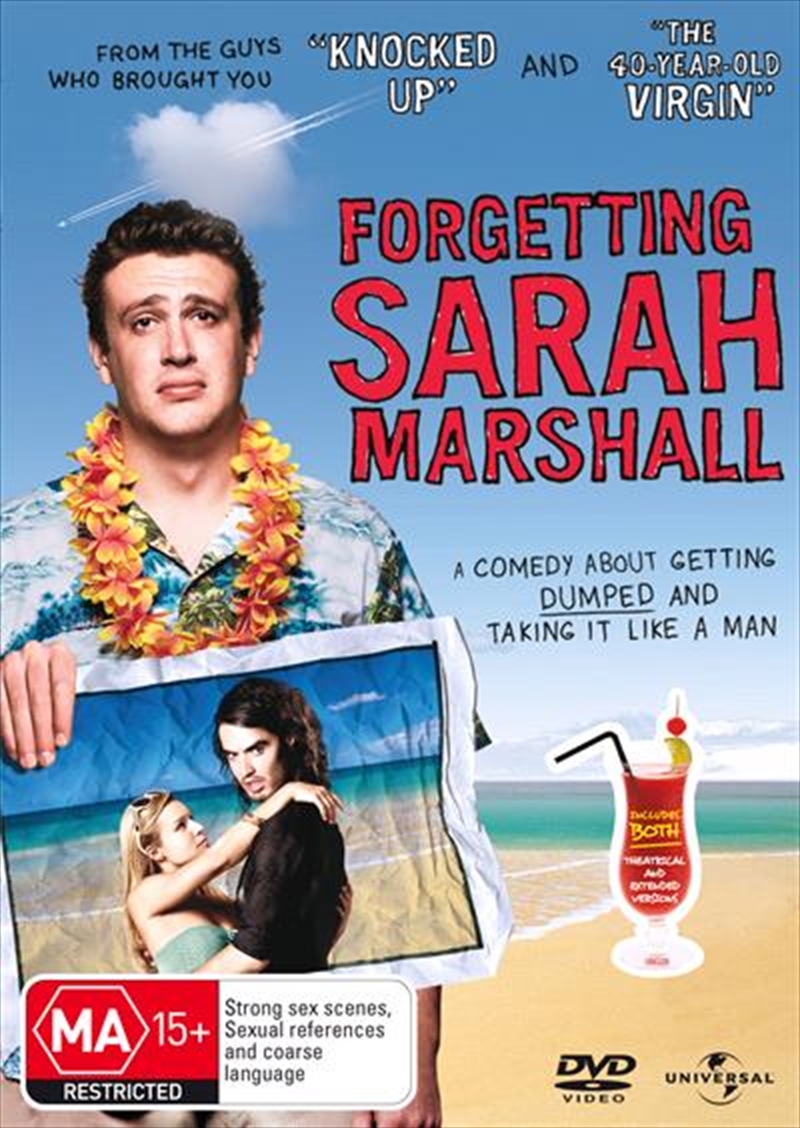 Shipping - See delivery options.
Postcode:
Quantity:
DESCRIPTION
From the guys who brought you

When his girlfriend of 5 years leave him, Peter heads to Hawaii for a break however is shocked to find his ex is vacationing at the same hotel with her new rockstar boyfriend.
From the producers of The 40-Year-Old Virgin and Knocked Up comes a comic look at one guy's quest to grow up and get over the heartbreak of being dumped - if only he can start forgetting Sarah Marshall.
TRAILER
DETAILS