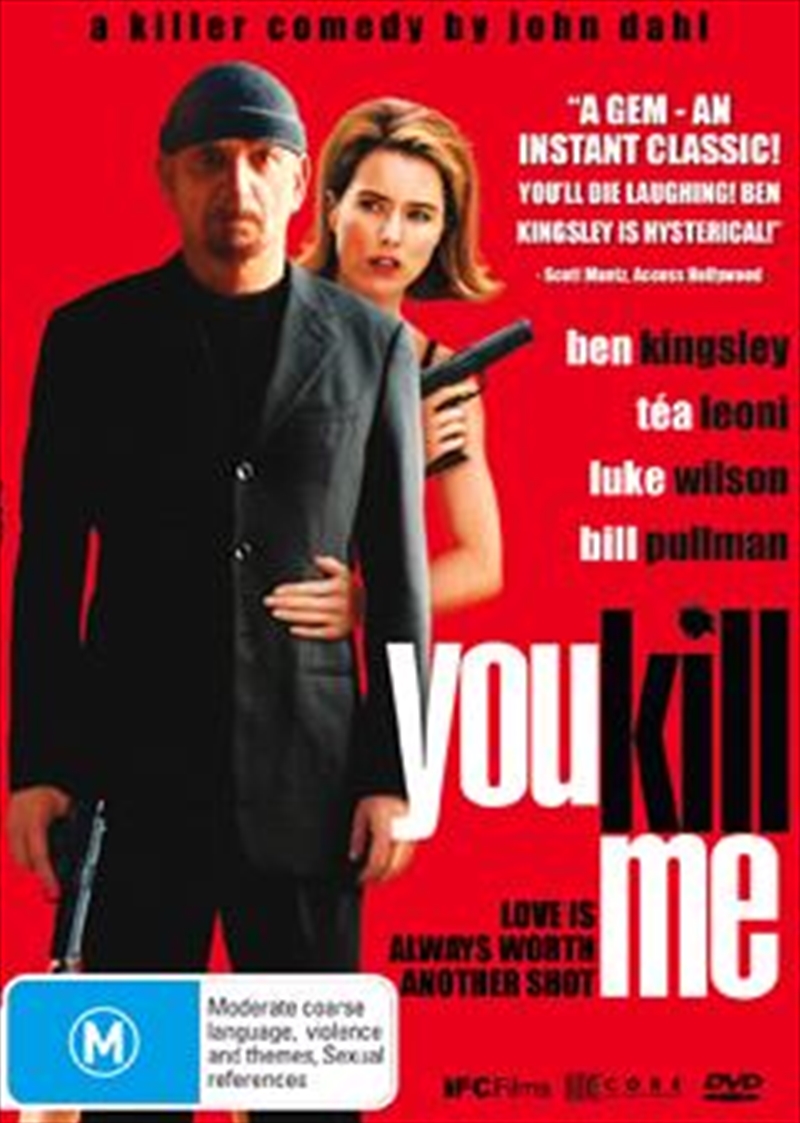 Frank Falenczyk (Ben Kingsley) loves his job. He just happens to be the hit-man for his Polish mob family in Buffalo, New York. But Frank’s got a drinking problem and when he messes up a critical assignment that puts the family business in peril, his uncle sends him to San Francisco to clean up his act. Frank is not a touchy-feely kind of guy, but he starts going to AA meetings, gets a sponsor and a job at a mortuary where he falls for the tart-tongued Laurel (Téa Leoni), a woman who is dangerously devoid of boundaries. Meanwhile, things aren’t going well in Buffalo where an upstart Irish gang is threatening the family business. When violence erupts, Frank is forced to return home, and with an unlikely assist from Laurel, faces old rivals on new terms.

Title: You Kill Me