Two Ronnies In Australia, The 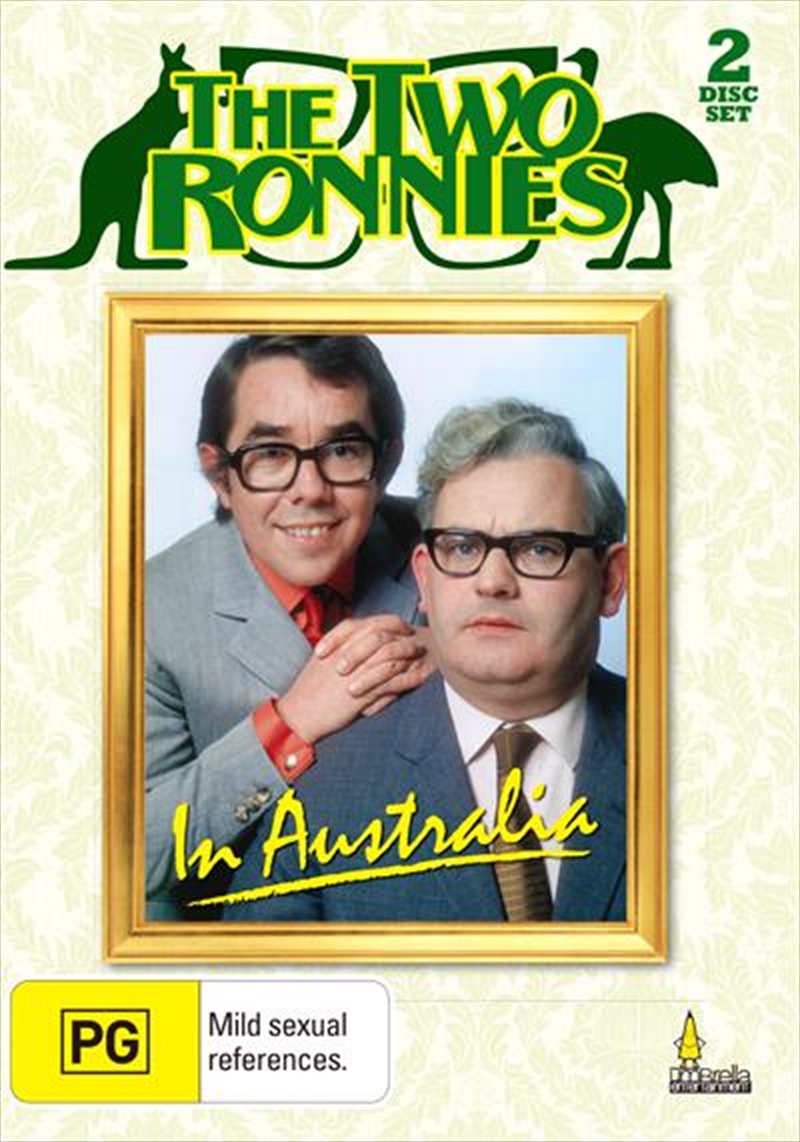 Shipping - See delivery options.
Postcode:
Quantity:
SEE MORE IN:
2 for $40 TV All 2 for $40
EXCLUSIVE TO AUSTRALIA! With their unique comedic brand of absurd sight gags, razor-sharp wordplay and devious double entendres, Ronnie Corbett and Ronnie Barker together dominated TV comedy throughout the 70s and 80s. Over twelve series and eight specials, and with the help of some of the best writers in British comedy including John Cleese, Spike Milligan and Michael Palin, The Two Ronnies was the flagship sketch comedy show for the BBC, and became an institution in lounge rooms across Australia. In 1986, shortly before their final TV series went to air, Ronnie Barker and Ronnie Corbett performed a riotous series of shows in Australia for Channel Nine, the duo parading their mastery of silly skits, limericks, puns and tongue-twisters. Across six hilarious hour-long episodes, The Two Ronnies in Australia showcases two legendary comics at their side-splitting best.

Title: Two Ronnies In Australia, The