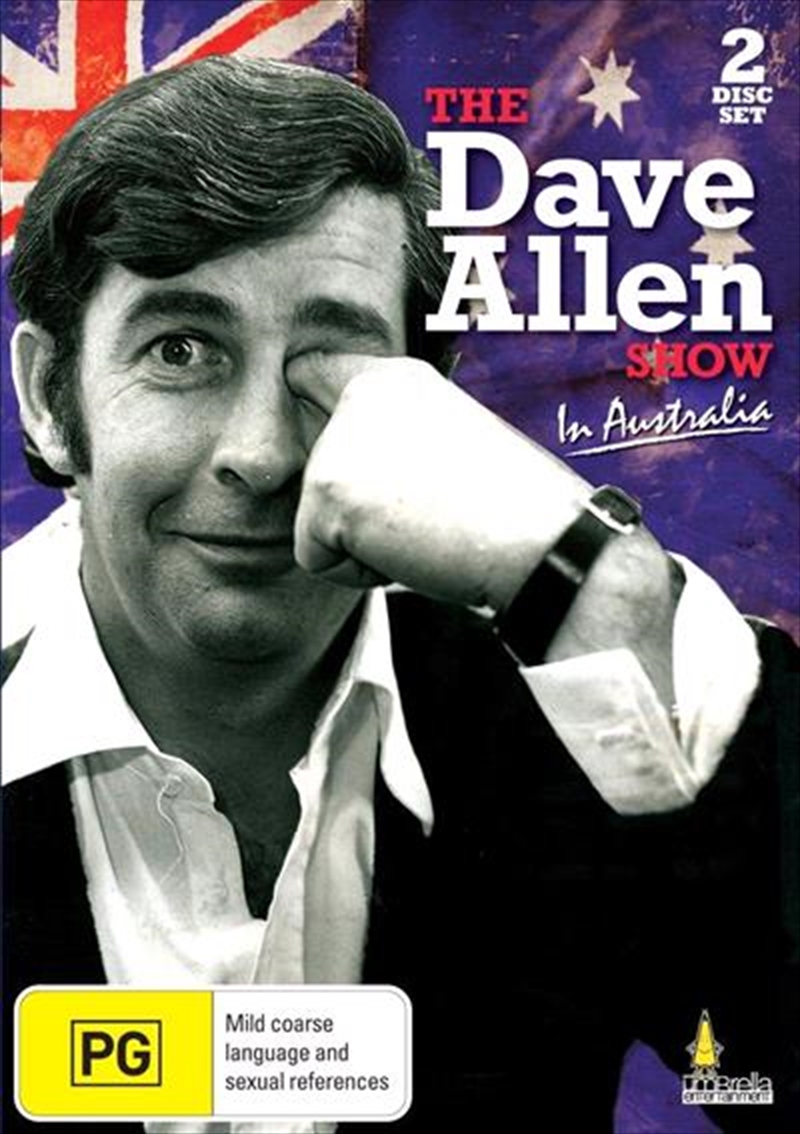 SEE MORE IN:
New Release DVD & Blu-ray New Release Television All 2 For $40
DESCRIPTION
EXCLUSIVE TO AUSTRALIA Delivering his wry observational humour in relaxed style over a cigarette and glass of whiskey, British comic genius Dave Allen was a TV comedy icon for over three decades. A regular in Australia in the 60s, Allen returned at his career peak to make The Dave Allen Show in Australia (1975-1977) for Channel Nine. Featuring the comedian's trademark debunking of religious and cultural taboos, these one-hour specials are filled with bizarre sketches, Allen's sparkling live monologues, and feature his customary sign-off, "Goodnight, thank you, and may your god go with you." Since his death in 2005, Allen has been revered as a master British comic, and these rarely seen Australian specials brilliantly showcase his cutting wit and irreverent style.
DETAILS