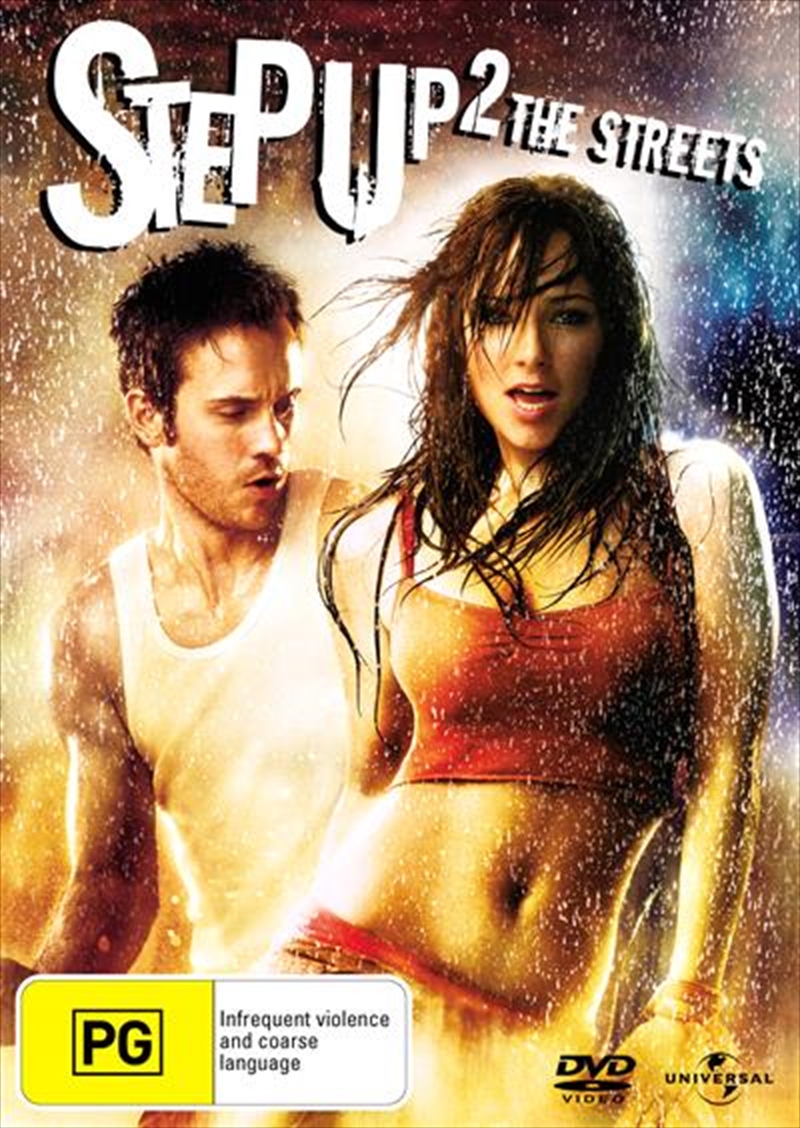 Shipping - See delivery options.
Postcode:
Quantity:
SEE MORE IN:
3 for $20 Movies & More Ballerina
DESCRIPTION
It's not where you're from. It's where you're at.

Rebellious newcomer Andie (Briana Evigan) is an outcast trying to fit in at the elite Maryland School of the Arts while still holding onto her old dream of dancing with an underground Baltimore street crew. The school's hottest talent Chase (Robert Hoffman) is a rising star who's looking to break out of his mold - by forming a crew to compete in Baltimore's biggest, most raw street dancing battle, "The Streets."
Now, as chase joins forces with Andie, the two simultaneously clash & sizzle, sending Andie's two worlds into collision. With the pressure heating up on the dance floor & in her life, she must learn to build a bridge between love & loyalty, between freedom & opportunity, between who she is & who she believes she can be.
TRAILER
DETAILS

Title: Step Up 2 - The Streets