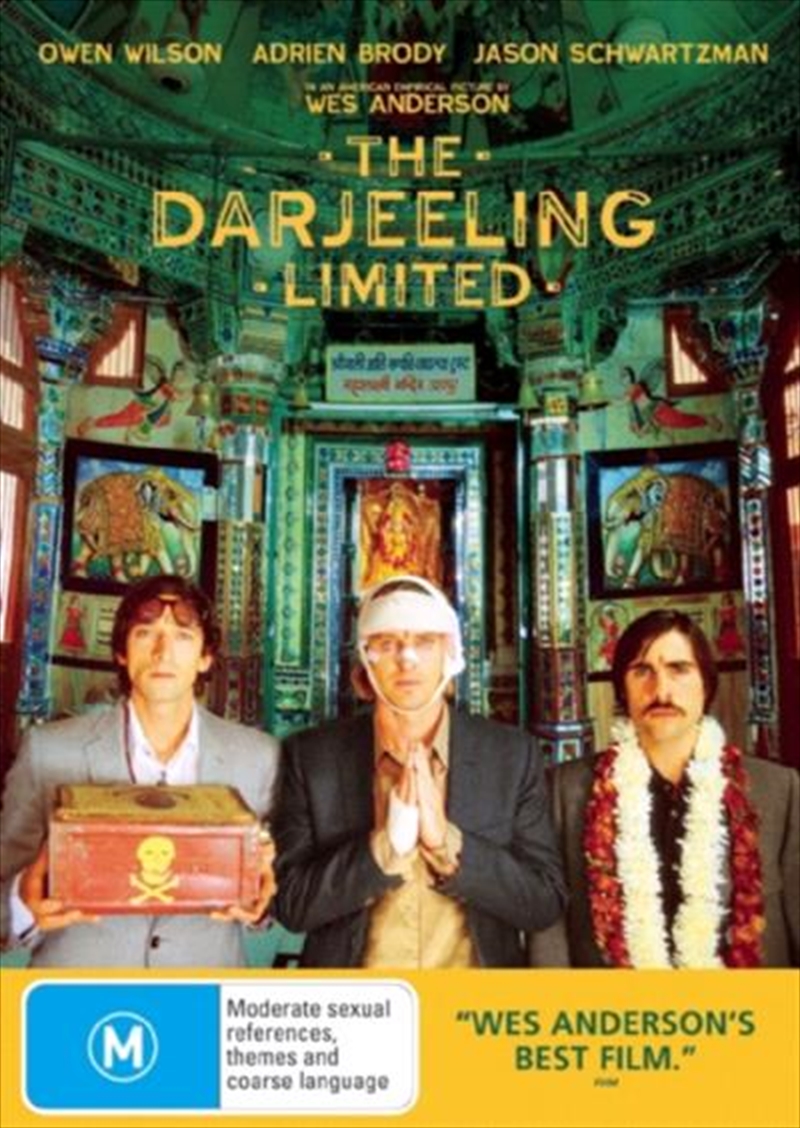 Shipping - See delivery options.
Postcode:
Quantity:
SEE MORE IN:
2 for $20 Movies & More Wes Anderson
Three American brothers who have not spoken to each other in a year set off on a train voyage across India with a plan to find themselves and bond with each other - to become brothers again like they used to be. Their 'spiritual quest', however, veers rapidly off-course (due to events involving over-the-counter pain killers, Indian cough syrup, and pepper spray), and they eventually find themselves stranded alone in the middle of the desert with eleven suitcases, a printer, and a laminating machine. At this moment, a new, unplanned journey suddenly begins.