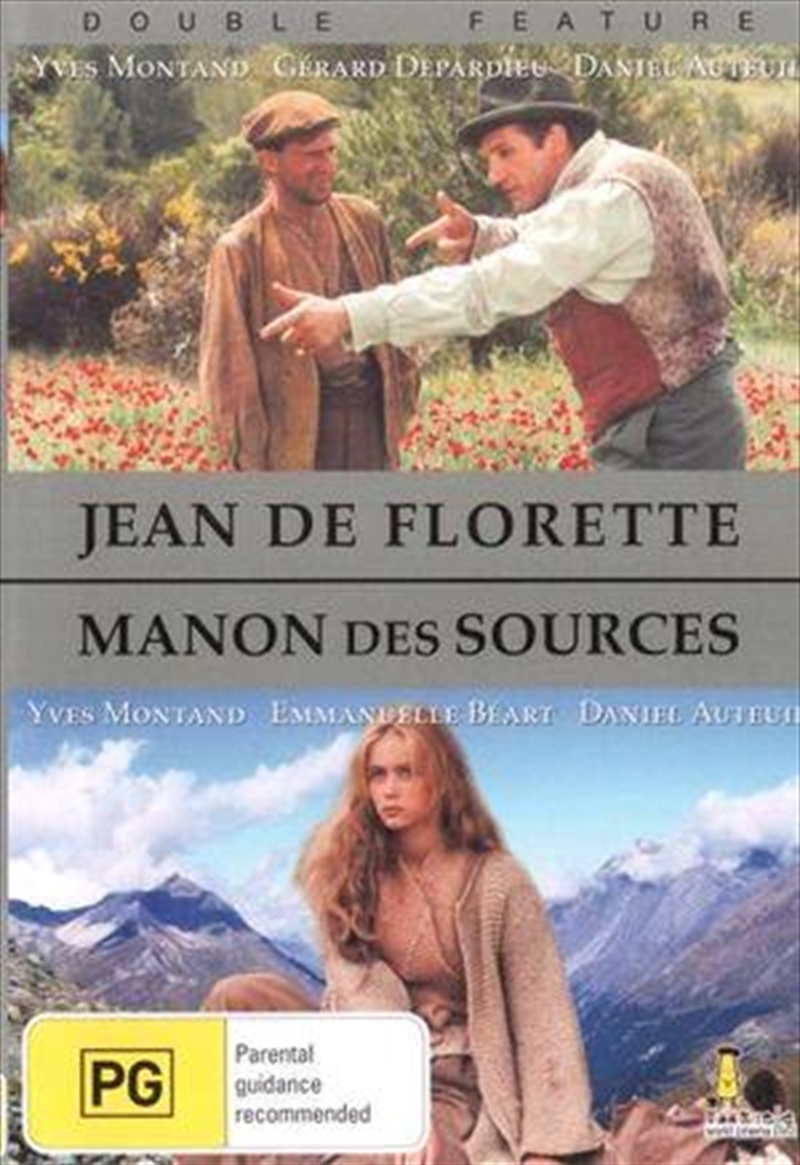 Shipping - See delivery options.
Postcode:
Quantity:
SEE MORE IN:
Movie Collections
Based on the classic novel by Marcel Pagnol, 'Jean de Florette' and 'Manon des Sources' are timeless tales of passion, greed and revenge with beautiful imagery and brilliant performances from the greatest French actors of their generation. Presented here in one special DVD collection, these universally acclaimed films follow the travails of Jean de Florette (Gérard Depardieu) and his beautiful daughter Manon (Emmanuelle Béart) as they play out an epic struggle for survival in the French countryside.