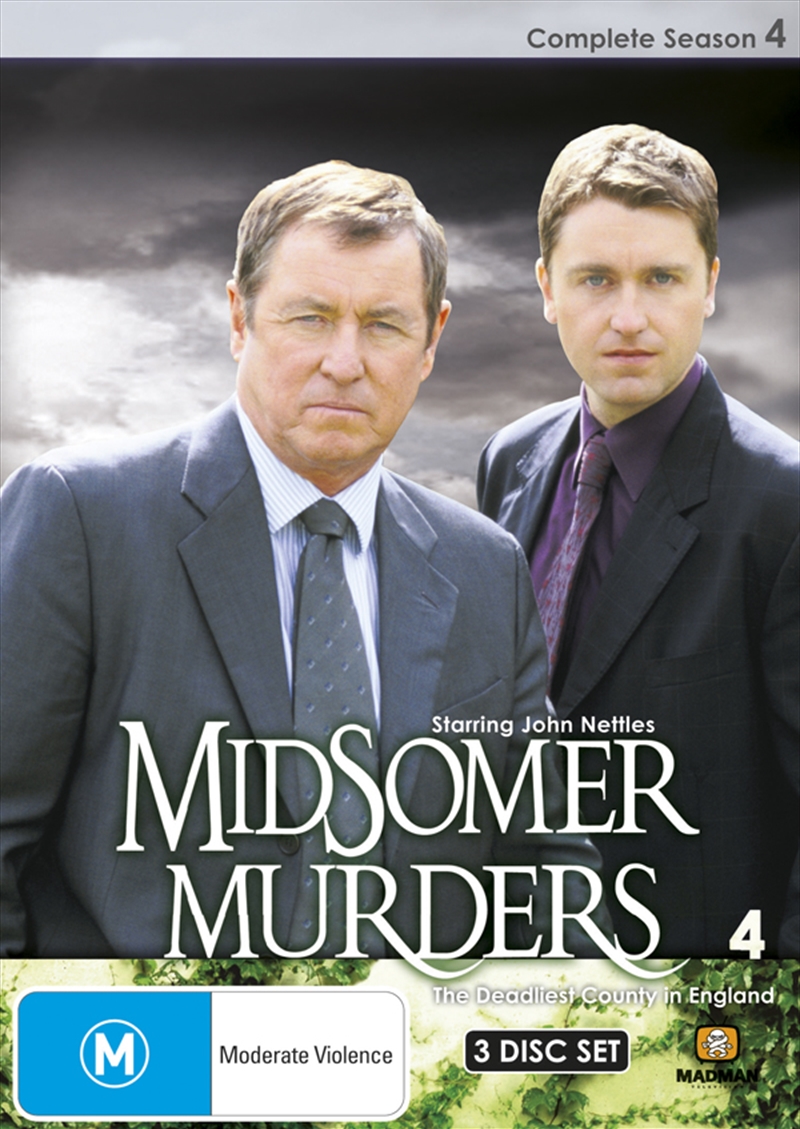 GARDEN OF DEATH: The Inkpen-Thomas family, owners of Inkpen Manor in Midsomer Deverell, announce that their memorial garden will no longer be open to the public. Villagers, led by shopkeeper Desmond Cox are furious about this - the ailing Gerald Bennett, who bought Inkpen Manor from Naomi Inkpen when the family lost their money, built the memorial garden for the villagers. Barnaby and Joyce head off for the village meeting about the closure of the memorial garden where Gerald Bennett's daughter Jane (Kate Duch ne) makes an impassioned speech against the closure of the garden. Following the passionate exchange of opinions, Barnaby is faced with a double murder & soon discovers there's more to these deaths than horticultural conservation.

DESTROYING ANGEL: When Gregory Chambers fails to attend the funeral of his hotelier boss, the villagers of Midsomer Magna are alarmed - all the more so because he also missed a promised performance of his Punch and Judy show.

ELECTRIC VENDETTA: The discovery of a man's naked body in the centre of a crop circle brings UFO fans flocking to Midsomer Parva and the field owned by Sir Harry Chatwyn. With a hole at the base of the spine, a chunk of hair missing, burn marks and a terrified expression, the corpse bears all the hallmarks of alien abduction. DCI Tom Barnaby and Sergeant Gavin Troy think stories of flying saucers are a smoke-screen for murder, but extra-terrestrial expert Lloyd Kirby is convinced otherwise.

WHO KILLED COCK ROBIN?: An Irish stranger vanishes after being knocked down by Dr Burgess, on his way home from an evening's drinking at the riding school owned by glamorous Spaniard Francesca Ward. DCI Tom Barnaby discovers the visitor is Sean O'Connell, a disgraced vet turned horse whisperer, then his search brings him face to face with old adversary Melvyn Stockard.