To Hell And Back | The War Collection 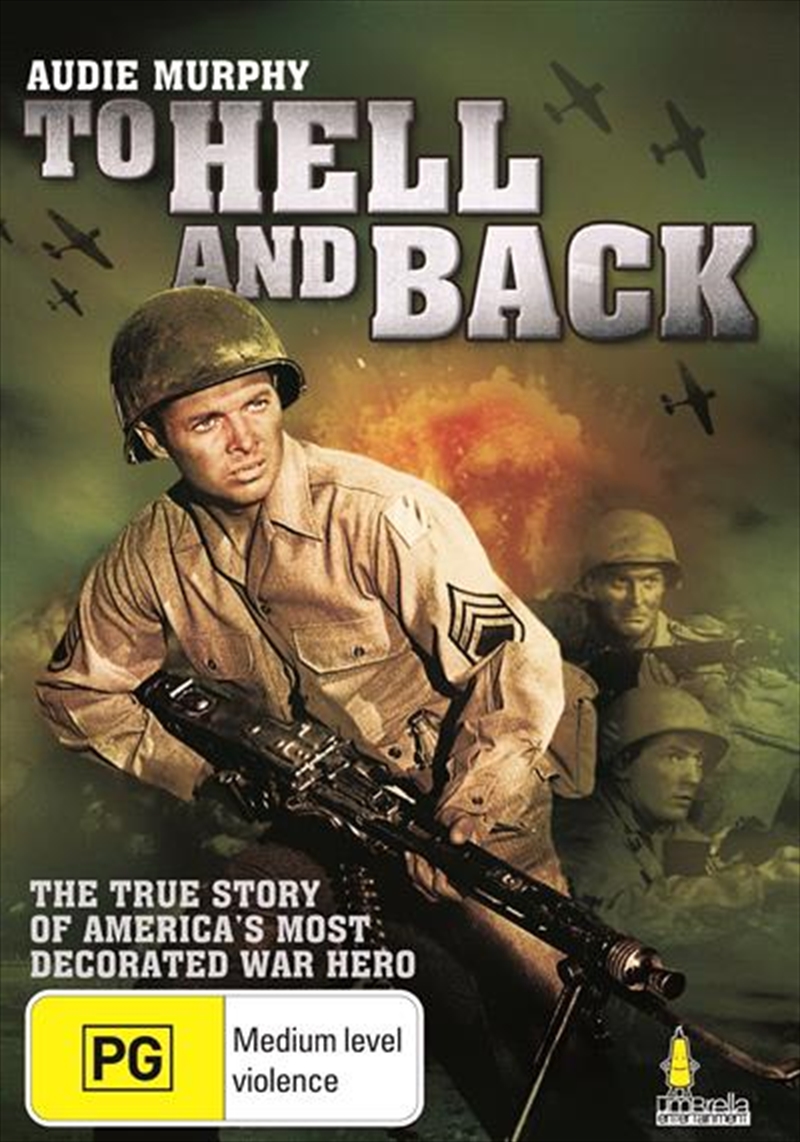 To Hell And Back | The War Collection

World War II hero Audie L. Murphy (1924-1971), the most decorated soldier in American history, portrays himself in this 1955 action classic based on his 1949 autobiography. With Murphy re-creating his own actions and movements in key battles, this devastating chronicle of war follows Murphy and his buddies from North Africa to Berlin, with the war hero performing Herculean deeds on the battlefield. Audie's likability and breathtaking heroics, played out through highly authentic battle scenes, made To Hell and Back the highest grossing film at Universal until "Jaws" twenty years later. It was also a huge hit when released in Australia cinemas, and the biggest opening in the history of Sydney's Capitol Theatre. In the great tradition of All Quiet on the Western Front, this is epic war action at its finest.
DETAILS

Title: To Hell And Back | The War Collection