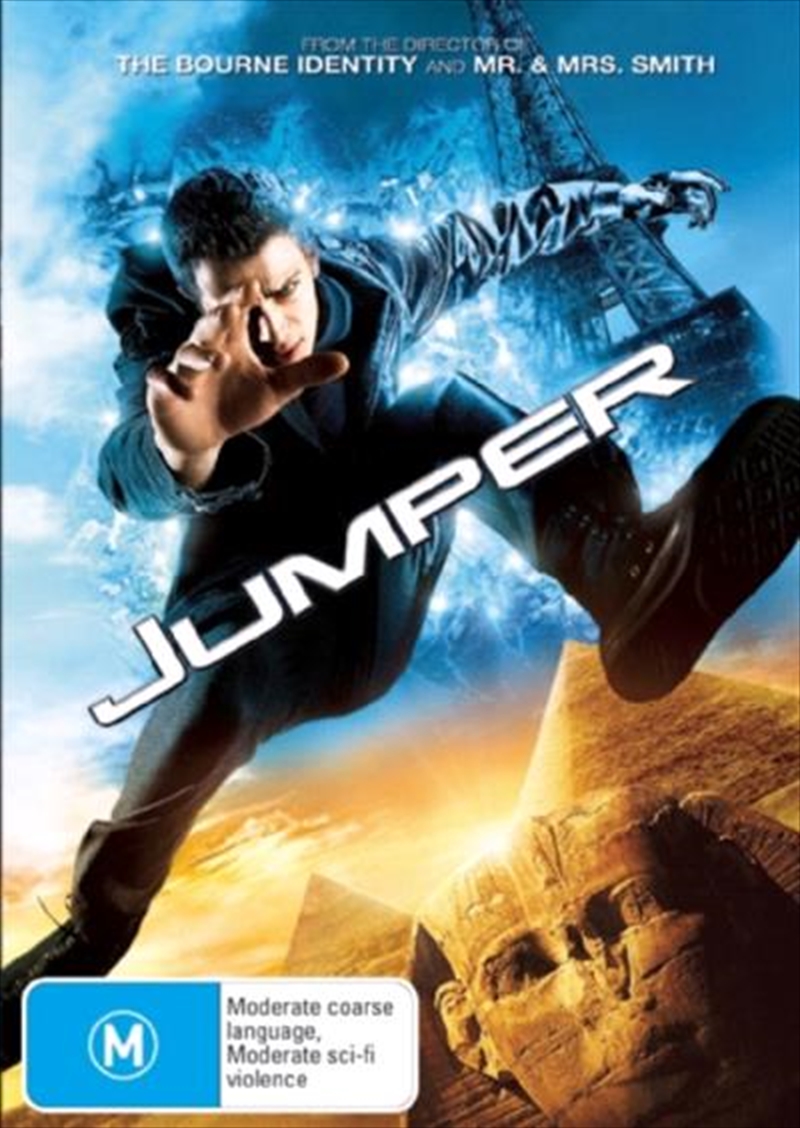 David Rice always believed he was perfectly ordinary - until he accidentally discovered he possessed a "talent" that is nothing less than extraordinary. David is a "Jumper" who can teleport himself to the streets of New York and Tokyo, the ruins of Rome, and the summit of Mt. Everest. He can see twenty sunsets in one night, whisk his girlfriend around the world in the blink of an eye, and grab millions of dollars in a matter of minutes.
But David's global odyssey takes a deadly turn when finds himself relentlessly pursued by a secret organization sworn to kill Jumpers. Forming an uneasy alliance with another Jumper, David becomes a key player in a war that has been raging for thousands of years. As these world-changing events unfold, David begins to discover the secrets and mythology behind his incredible ability.
TRAILER
DETAILS